There’s more to Halloween than goofy costumes and trick-or-treating. In fact, Halloween is actually a precursor to two other holidays: All Saints’ Day and Day of the Dead. 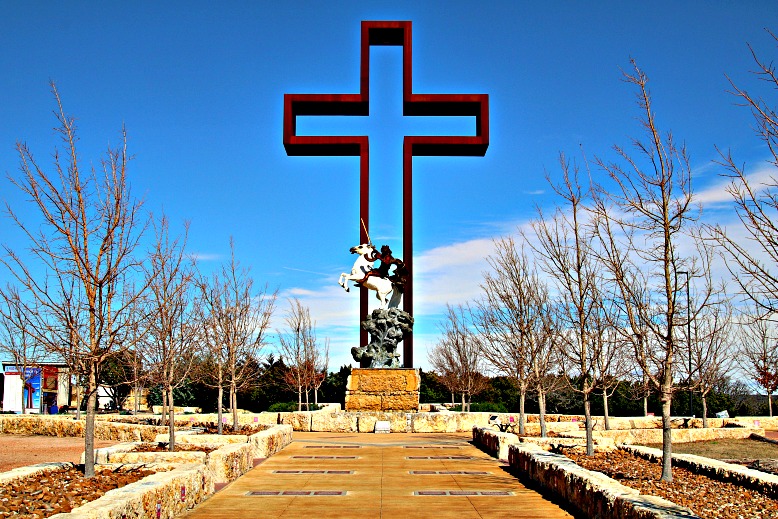 We celebrate Halloween on October 31 each year. Halloween (short for All Hallows’ Evening) is traced back to the Irish and Scottish ancient Celtic holiday Samhain (pronounced “sah-win”), a celebration of the end of the harvest season in Gaelic culture.

Halloween is a holiday that promotes fear of the dead but All Saints’ Day and Day of the Dead both celebrate the deceased. The dead (including Catholic Saints) are honored on All Saints’ Day on November 1. In Mexico, the Day of the Dead is a two-day celebration honoring both deceased children and adults. Some Mexicans make it a week-long celebration, beginning on October 28 and ending on November 2.

Since November kicks off with both All Saints’ Day and the Day of the Dead, both celebrated on November 1, I thought that I’d highlight some of America’s cities named for saints.

Visitors can stroll along the River Walk, a city park along the river offering shops, galleries, and restaurants. Of course, the most historic site to see here is the Alamo Mission to learn the history of the Battle of the Alamo. Other attractions include the San Antonio Zoo, Natural Bridge Caverns, and the Japanese Tea Gardens.

“A Place Apart” Bay St. Louis is a historic beach community with a quaint and funky Old Town. Bay St. Louis has been home to colorful characters, fanciful buildings, and unquenchable community spirit for over three centuries. Bay St. Louis was established in 1699 by French explorers d’Iberville and Bienville. Known for years simply as “the Bay of St. Louis,” the city was incorporated under the name of Bay St. Louis as the first act of the new Mississippi legislature in 1818.

Bayou Teche, a waterway in south central Louisiana, meanders through St. Martinville where birds wade among cattails, streets are shaded by century-old mossy oaks, and people enjoy fishing, picnics in the parks, and visits to historic museums. The St. Martinville people are descendants of Beausoleil Broussard, an Acadian hero from the 1700s, and Bienvenu and the Duchamp families of French royalty, who fled the revolution.

As one of the oldest surviving towns in Louisiana, St. Martinville retains many buildings and homes reflecting the beautiful architecture of days gone by. The city’s Creole heritage is strongly represented by its inhabitants and is reflected in the cuisine, culture, and customs. Many of the buildings in its historic district are on the National Historic Register.

Located on the easternmost fringes of the Florida-Georgia line, the city of St. Marys is perhaps best-known as the launching point for those visiting Cumberland Island, the largest of Georgia’s idyllic seaside isles. Though Cumberland’s sprawling sandy beaches and centuries-old ruins are truly a sight to behold, St. Marys is fully capable of holding its own as a fascinating destination packed full of historic landmarks, museums, wild horses, and dining venues.

Upon arrival, visitors should take a leisurely stroll along the St. Marys Waterfront, a charming promenade complete with a gazebo offering a spectacular view of the river.

Padre Island is the largest of the Texas barrier islands and the world’s longest barrier island. The island is located along Texas’s southern coast of the Gulf of Mexico and is noted for its white sandy beaches. Meaning father in Spanish, it was named after Father José Nicolás Ballí who owned the island and served as a missionary priest and collector of finances for all the churches in the Rio Grande Valley.

Encompassing 130,434 acres, Padre Island National Seashore is the longest remaining undeveloped stretch of barrier islands in the world. Visitors will find a variety of outdoor things to do including surf fishing, RV and tent camping, world-class flat water windsurfing, wade fishing, surfing, birding, kayaking, and of course relaxing the beautiful white sand beaches of Malaquite Beach. The undeveloped, preserved beaches, coastal grasslands, and wetlands of the Padre Island National Seashore are one of the most scenic coastal areas of the sub-tropical Texas coast.

The city was named for 19th-century LDS Church apostle George A. Smith (not the Roman martyr). From 1000 BCE to 1300 CE, Ancestral Puebloans traded their nomadic ways for rows of corn and squash. The Southern Paiutes were settled there when the Dominguez-Escalante Expedition passed through in 1776 and when 300 Mormon families founded a cotton mission in 1861.

Corpus Christi means the body of Christ in Ecclesiastical Latin, about the Christian sacrament of Holy Communion. The name was given to the settlement and surrounding bay by Spanish explorer Alonso Álvarez de Pineda in 1519 as he discovered the lush semitropical bay on the Western Christian feast day of Corpus Christi.

There’s no denying that Corpus Christi is one of the most beloved destinations in Texas, and for good reason. However, among the well-known ways to enjoy a day on the bay, Corpus Christi is packed with plenty of hidden gems and off-the-beaten-path surprises. Stroll along a scenic soft sandy beach. Watch sailboats glide on the bay. Step inside a legendary World War II aircraft carrier or tour an aquarium that provides insight into the creatures inhabiting the Gulf. These are among the many experiences you can have when you visit Corpus Christi, the largest coastal city in Texas.

Santa Fe is one of the top destinations in the American Southwest. A city that embraces its natural environment, Santa Fe is a city whose beautiful adobe architecture blends with the high desert landscape. A city that is, at the same time, one of America’s great art and culinary capitals. Santa Fe draws those who love art, and natural beauty, and those who wish to relax.

Founded in 1930 and named for the town across the border in Mexico in the state of Sonora, San Luis Rio Colorado. It is named after St. Louis IX. The town’s history is closely associated with the Colorado River which was once the main transportation artery before the advent of the railroads.

San Luis is now considered a suburb of Yuma. Home to a massive military base, Native American Reservations, and some interesting and unique historical sites, the surrounding desert is also one of the country’s produce centers—especially for watermelons and other fruits that are shipped from Arizona farms to markets when most of the country is firmly in winter’s icy grip.

In 1689, Spaniard Alonso de Leon led an expedition from Mexico to explore Texas and establish missions and presidios in the region. De Leon’s party helped blaze the Camino Real (later known as the Old San Antonio Road. De Leon’s party reached the river on April 25, the feast day of St. Mark the Evangelist; the river was thus named the San Marcos.

Conveniently located in Central Texas between Austin and San Antonio, San Marcos truly is the center of everything. So no matter where you are, you won’t have far to go. The San Marcos River bubbles to life from hundreds of springs right in the City’s center. Always a refreshing 72 degrees, the river is enjoyed year round. Grab a tube and go for a float. Rent a kayak or stand-up paddle and navigate its length.

Start by doing what’s necessary; then do what’s possible; and suddenly you are doing the impossible.