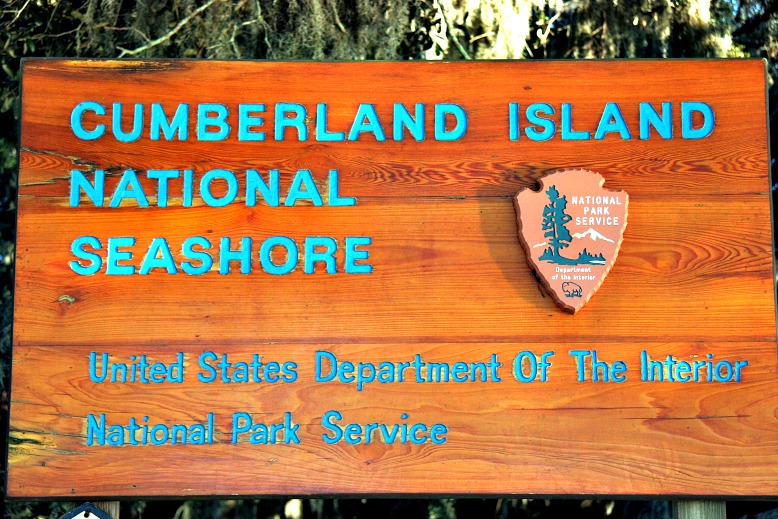 After holding daily visitation at Cumberland Island National Seashore to roughly 300 for nearly four decades, the National Park Service (NPS) is proposing to more than double that under a visitor use management plan open for public comment.

“These changes would be implemented adaptively meaning the park would monitor key indicators to ensure sensitive shorebirds are protected as are visitor opportunities to experience the rustic atmosphere, quiet solitude, and wilderness character described by visitors and public commenters. Adjustments would be made based on this monitoring,” a park release said.

The draft environmental assessment on visitor use explains that the cap of 300 daily visitors was related to the number existing ferry service could handle and that the higher number contained in the plan was built around the carrying capacities of specific areas on the national seashore.

“The primary goal of this VUM plan is to preserve the fundamental resources and values of Cumberland Island. The amount, timing, distribution, and types of visitor use on Cumberland Island influence both conditions of fundamental resources and visitor experiences,” notes one section of the EA. “By identifying and managing the maximum amounts and types of visitor use that areas on the island can accommodate, the National Park Service can help ensure that resources are protected and that visitors have the opportunity for a range of high-quality experiences.”

Along with increasing ferry traffic to the park which is set on an island off the Georgia coast, the preferred alternative calls for “adjustments to the locations and number of allowable campers at wilderness campsites to expand and disburse camping opportunities, establishes a few new trails to distribute use more evenly across the island, calls for limited facilities including boardwalks and a pavilion to facilitate greater accessibility for visitors with a range of abilities, provides for kayak and canoe rentals on the island to diversify the available recreational opportunities, and includes limited health and safety items for sale on the island.”

Among the proposed changes are the following:

The park would expand camping opportunities at Sea Camp Campground by adding the three existing overflow sites to the current reservation system. Fifteen of the 19 individual sites would be available for visitors to reserve at any one time and four sites would be rotated into administrative closures to allow recovery or prevent impacts from heavy use. Parties of up to six campers would be able to reserve sites through Recreation.gov and fees would continue to be implemented for public campsite reservations. The two group sites that can accommodate up to 20 campers would remain open for reservations as well. Under the NPS preferred alternative up to 130 people may camp in the front country campground at one time with 40 campers allowed in the group sites and 90 campers allowed in the individual sites ([15 available sites x 6 people] + [2 group sites x 20 visitors] = 130 campers).

The park would offer camping opportunities at four designated wilderness campsites and maintain the number of visitors that could camp in the designated wilderness at one time. Brickhill Bluff and Hickory Hill would remain active. Additional wilderness campsites would be designated at Toonahowie and Sweetwater Lakes. Sites at Hickory Hill and Sweetwater Lakes would be accessed by foot while the Brickhill Bluff and Toonahowie sites could be accessed via land or nonmotorized and/or small motorized watercraft. The existing site at Yankee Paradise would be abandoned and replaced by public camping opportunities at Hunt Camp campground which is adjacent to but outside the wilderness area.

The park would offer backcountry camping opportunities at current levels at Stafford Beach Campground and new opportunities at Beach Creek campsite and Hunt Camp campground. The designated backcountry sites would continue to be administered through a permit system managed by Recreation.gov; fees would be implemented for public camping reservations. Fees for Beach Creek campsite and Hunt Camp campground would mirror those charged for wilderness campsites and Sea Camp Campground, respectively as amenities are similar.

The park would construct and realign South End Trail to provide a loop trail opportunity by connecting the Dungeness Marsh Boardwalk to portions of the existing trail. That new segment would serve as one leg of the loop and the beach would serve as the other leg. A new spur trail would be constructed to connect with the proposed Beach Creek campsite. A portion of the existing South End Trail that runs through the south end marsh would be abandoned and the segment realigned onto upland terrain.

The park would create one new trail segment to provide direct beach access from the Nightingale Trail. A bathhouse consisting of restrooms and outdoor showers (~400 square feet) would be constructed at the junction of the existing Nightingale Trail and the new segment.

An approximately 1,200-square-foot septic leach field would be installed in appropriate proximity to the bathhouse. The exact location of these facilities would be determined during design. Additional compliance requirements would occur before implementation. A pavilion (~800 square feet) would also be constructed alongside the Nightingale Beach access spur providing shelter to visitors within the dune field.

Cumberland Island was added to the National Park System in 1972. Accessible only by boat, the national seashore features unspoiled beaches and dunes, marshes, and freshwater lakes, along with historic sites. Twisting live oaks covered in resurrection ferns and Spanish moss make up the island’s maritime forest shading an understory of sable palms and palmettos. Facing the mainland the island gazes across mudflats during low tide and swaying marshes. Looking to the east, visitors step through designated pathways between rolling dunes to hit the sandy beach bordering the Atlantic Ocean. During low tide, sand appears to stretch in all directions.

The visitor use management plan has been in the works since 2017. The Park Service sought public feedback on draft strategies for visitor use management in spring 2019 receiving 2,260 individual correspondences that helped guide the direction of the plan. A virtual meeting to discuss the plan with park staff has been set for November 17 at 6 pm. EST. The meeting will be recorded and available on the NPS planning website following the meeting.