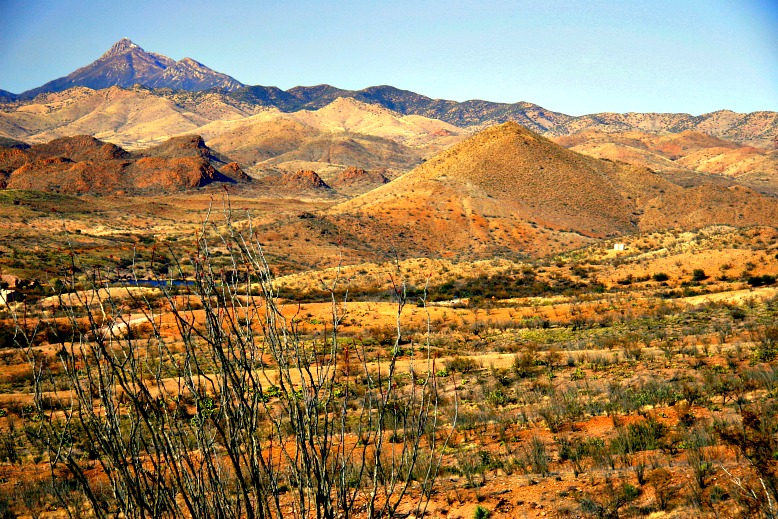 Edward Abbey who immortalized the Southwest in his writing would be turning over in his grave in Cabeza Prieta Wilderness west of Tucson, Arizona if he knew that Arches National Park had to temporarily close its gates in mid-October because capacity was maxed out. The famous monkey wrencher saved a special venomous wrath for the kind of tourist who drove from one viewpoint to the next only to snap a photo and move on.

But Abbey who was a ranger at Arches in Utah for two summers in the 1950s (when it was still a monument) also understood that there’s no better region than the Southwest, a place of mind-bending geology, impossibly living fauna, ferocious wide-open spaces, a sublime light, and millennia of human history to clear the mind and make peace with the soul.

I have spent 10 winters in the Southwest and believe everyone can benefit from the solace and adventure these majestic landscapes provide. We all, however, need to grapple with how to responsibly recreate within them. If you choose to wander this wide-ranging southwestern road trip starts in Tucson and ends at Big Bend National Park and hits icons and off-the-beaten-path places providing an itinerary to the best of the region. It’s ridiculous how much jaw-dropping splendor there is on this trip.

In the words of Abbey: “For god sake folks… take off those fucking sunglasses and unpeel both eyeballs, look around; throw away those goddamn idiotic cameras… stand up straight like men! Like women! Like human beings! And walk—walk—walk upon our sweet and blessed land!”

Might I politely add: leave no trace, BYO water, and respect those who came before you?

Your base camp: Patagonia

Patagonia, a no-frills mining and ranching town 20 miles north of the Mexican border cropped up in the middle of Pima, Tohono O’odham, and Apache territory in the late 19th century. It has been a beloved destination for birders almost ever since.

Hikers and trail runners have easy access to the summits of 9,456-foot Mount Wrightson and the historical fire lookout station at the top of 6,373-foot Red Mountain.

What has more recently put Patagonia on the map is its mountain bike and gravel cycling with 30 miles of new singletrack right from downtown on the Temporal Gulch Trail and endless miles of dirt roads in the San Rafael Valley. Take note: the Spirit World 100 gravel road race takes place the first weekend of November and sells out fast.

The Paton Center for Hummingbirds is a place to explore and experience the special birds of southeast Arizona. It is dedicated to the celebration and conservation of hummingbirds—and all of southeast Arizona’s astounding biodiversity. Two hundred twelve bird species have been reported for this cozy home lot on the outskirts of Patagonia including Violet-crowned hummingbirds, gray hawks, varied buntings, thick-billed kingbirds, and many more local specialties.

Considered a hidden treasure of southeastern Arizona, Patagonia Lake is a manmade body of water created by the damming of Sonoita Creek. The 265-acre lake cuts a vivid blue swath through the region’s brown and amber hills. Hikers can also stroll along the creek trail and see birds such as the canyon towhee, Inca dove, vermilion flycatcher, black vulture, and several species of hummingbirds.

The Gravel House is built for small groups of cyclists with a straw-bale house that sleeps six and a wood-framed studio that sleeps two. Both have kitchens and share outdoor space to wrench on bikes or celebrate post-ride with a cocktail.

For a unique place to camp in the area, Patagonia Lake State Park features seven camping cabins with beautiful views of the lake. The 105 developed campsites offer a picnic table, a fire ring/grill, and parking for two vehicles. Select sites also have a ramada. Sites have 20/30 amp and 50 amp voltage. Campsite lengths vary but most can accommodate any size RV.

Where to Eat and Drink

The new Queen of Cups restaurant and winery offers fresh pasta dishes and three house-made wines on the menu.

Tucson’s Arizona-Sonora Desert Museum is a must-stop destination for travelers who want to learn more about the fragile yet resilient ecosystem they are traveling through. A highlight includes daily Raptor Free Flights where birds only native to the Sonoran Desert like the Chihuahuan raven, Harris’s hawk, and great horned owl fly free while an expert describes their attributes, habitats, and behaviors.

Your base camp: Terlingua, Texas

It might take you a few days to get to Terlingua because there are a lot of fun detours along the way (see below). But the wait is worth it. This town, once 2,000 inhabitants were strong and rich with cinnabar from which miners extracted mercury in the late 19th century now stands by its claim as one of the most popular ghost towns in Texas with 110 residents. It is now known for its charming assortment of gift shops, earthy hotels, and its famous chili cook-off in early November. Check out the Terlingua Trading Company for handmade gifts and grab a bite of chips and guacamole and catch live honky-tonk music at the old Starlight Theater Restaurant and Saloon.

Just west of Terlingua is the storied mountain biking in Big Bend Ranch State Park including the challenging 59-mile Fresno-Sauceda IMBA Epic route known for long, steep, technical, and rocky climbs and descents. Heavy rains have washed out much of the park’s trails so check in with Desert Sports whose owners Mike Long and Jim Carrico (a former superintendent of Big Bend) provide a wealth of knowledge about where and where not to go and offer shuttles, guides, and equipment.

There are four campgrounds inside Big Bend National Park—three park-operated camping areas with various services and one by an outside company. The three park-run campgrounds are Chisos Basin Campground, Rio Grande Village Campground, and Cottonwood Campground. All require advance reservations booked (up to 6 months in advance) through recreation.gov.

Where to Eat and Drink

Stop at the Starlight Theatre Restaurant and Saloon, sit on the front porch, and sip a beer then head inside for tequila-marinated Texas quail, a Scorpion margarita, and a rollicking night of live music.

Chiricahua National Monument is 131 miles northeast of Patagonia. Stretch your legs on the 7.3-mile-long Heart of Rocks Loop that surpasses the most unusual formations in the monument including the aptly named Pinnacle Balanced Rock which looks like it might topple over any second.

Three hundred eighty-two miles east of Chiricahaua is New Mexico’s White Sands National Park home of the world’s largest gypsum sand dunes. Take a ranger-guided hike to Lake Lucero to understand how the dunes are formed. Bring a tent and grab a backcountry permit at the visitor’s center (available the day of camping only) to sleep among the dunes preferably under a full moon.

We must also be in touch with the wonders of life. They are within us and all around us, everywhere, anytime.