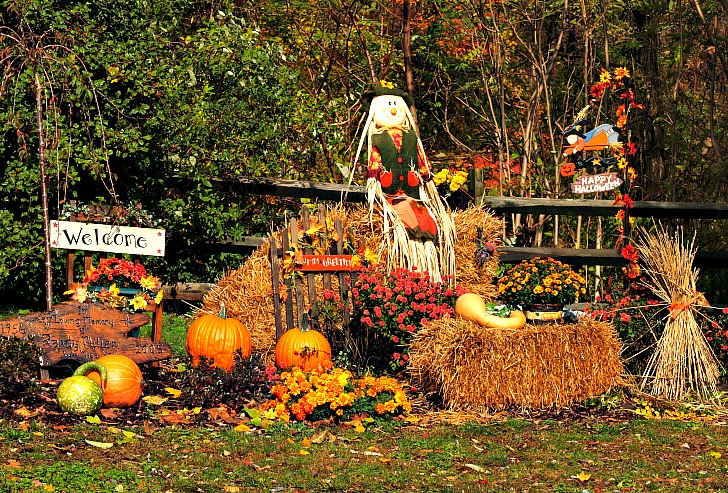 Mayflower passenger Edward Winslow was the only Pilgrim to record the settlers’ first year in the New World—including an account of the very first Thanksgiving. It is the first and greatest American adventure story.

A small band of Christian devotees persecuted in their homeland sought refuge in a forbidden wilderness across the vast ocean aboard a leaky ship in the autumn of 1620. Against all odds following near death at sea amid disease and frightening loss of life, they planted the seeds of a daring new society.

Within a few generations, their descendants brazenly challenged the world monarchial order with the revolutionary statement that all men are created equal and fought to establish the first great constitutional republic. It became a haven for people just like them: the tired, the poor, and the huddled masses yearning to breathe free.

Most everything we know about their first year in what’s now Plymouth, Massachusetts comes from one man. His name is Edward Winslow. He’s a major figure in the Pilgrim story and had the foresight to write down their story and share it with others.

Winslow wrote a lengthy letter to a friend back in England that has gone down in history as Mourt’s Relation.

It is the only account written as it happened of the Pilgrims’ first year in Plymouth. It is still in print, available on Amazon or at your local bookstore. Mourt’s Relation includes Winslow’s brief, undated description of a three-day celebration in the autumn of 1621 after “our harvest being gotten in” during which the English settlers and a much larger group of Wampanoag friends feast on fowl and deer.

It is the first Thanksgiving. Winslow’s account is the only version of the origin story of America’s national holiday written by Somebody Who Was There.

Winslow made many other contributions to the Pilgrim narrative. He signed the Mayflower Compact, the first self-governing covenant among New World settlers as the ship floated in Cape Cod Bay on November 11, 1620. He was the first Pilgrim to meet Wampanoag chief Ousamequin, better known in history as Massasoit.

“Winslow informed Massasoit that his people desired to have peace with him and engage in trading,” James and Patricia Scott Deetz wrote in their 2000 history, The Times of Their Lives: Life, Love and Death in Plymouth Colony. The two men bridged a cross-cultural relationship that benefited both sides for several decades before the outbreak of King Phillip’s War in 1675.

Winslow also gives us our only look at the face of an actual Pilgrim.

He sat for a portrait in London in 1651 after returning to England to serve its government under Protestant Parliamentarian Oliver Cromwell following the English Civil War.

“History records no nobler venture for faith and freedom than that of this Pilgrim band,” reads the tomb on a hill overlooking Plymouth Harbor today. It’s the site where the settlers buried their many dead that first winter in the New World.

Edward Winslow was born on October 18, 1595 to Edward Sr. and Magdalene (Oliver) Winslow in Droitwich Spa, a town in western England that traces its history to Roman settlement. He moved to Leiden, Holland, in 1617 to live among the English separatist colony that produced the Pilgrims. He worked as a printer.

He was just 24 when he departed Plymouth, England aboard the Mayflower with his wife Elizabeth (Barker) and younger brother Gilbert on September 16, 1620. After a harrowing trip across the ocean and a month spent exploring Cape Cod, the Pilgrims anchored in Plymouth Harbor in late December. They began the seemingly impossible work of carving a new society out of the frozen earth.

Winter on the New England coast is dark, windy, and unforgiving even today with the benefit of modern clothing, home heating systems, electricity, and indoor plumbing. Yet the Pilgrims landed in the middle of what’s known as The Little Ice Age—a 500-year period of unusually cold weather.

England and Holland are north of Plymouth but also far more temperate. The Pilgrims had never experienced anything as cold as a New England winter. Death soon gripped the colony.

“They were probably suffering from scurvy and pneumonia caused by a lack of shelter in the cold, wet weather,” writes Plimoth Patuxet Museums. “As many as two or three people died each day during their first two months on land.”

Only 52 of 102 people survived the first year in Plymouth. The Mayflower sailed back to England with only half its crew alive in April 1621. Elizabeth Winslow was among the first winter’s victims. She died on March 24 at age 27 or 28. Pilgrim Susanna White lost her husband, William, in February.

But new life, activity, and hope emerged in the spring. Edward and Susanna married on May 12, the first wedding in the Plymouth Colony. They began having children the following year.

The Pilgrims in March met English-speaking Wampanoags Samoset and Squanto who had learned the language from fishing boat captains seeking cod off the New England coast. Through Squanto, Winslow met chief Ousamequin. The Pilgrims began planting spring crops with the help of the Natives. They enjoyed an abundant harvest that autumn. The relationship appeared to blossom.

“We have found the Indians very faithful in their covenant of peace with us,” reports Mourt’s Relation. “We often go with them and they come to us; some of us have been 50 miles by land in the country with them … We entertain them familiarly in our houses and they as friendly bestowing their venison on us.”

The Natives were also overcoming shocking tragedy, notes Begley. Plague was unknowingly carried upon the ships of European explorers. The people of the Americas had no immunity. Up to 90 percent of the Native population of southern New England, according to expert estimates, was wiped out by disease from 1616 to 1619—an apocalyptic tragedy. The Wampanoags were likely seeking hope and a reason to give thanks for their survival, too, in the autumn of 1621.

The two sides cemented their friendly relations with a grand feast after the autumn harvest. Winslow described the first Thanksgiving in just 115 words of an extended sentence.

Winslow wrote, “Our harvest being gotten in, our governor sent four men on fowling, that so we might after have a special manner rejoice together after we had gathered the fruit of our labors; they four in one day killed as much fowl as with a little help beside served the company almost a week at which time amongst other recreations we exercised our arms, many of the Indians coming amongst us and among the rest their greatest King Massasoit with some ninety men whom for three days we entertained and feasted and they went out and killed five deer which they brought to the plantation and bestowed on our governor and upon the captain and others.”

The celebrants ate fowl—plentiful in the area—and venison. The harvest certainly included corn among other fruits and vegetables.

We learn of Pilgrims eating turkey—later on—only from William Bradford’s history, Of Plymouth Plantation. The first governor of Plymouth began writing his history in 1630. Hidden away for more than two centuries, Bradford’s account was not published until 1856. He does not mention the feast.

The entire Thanksgiving origin story comes from the one passage in Mourt’s Relation. Winslow’s account indicates that the Wampanoags vastly outnumbered the Pilgrims. Massasoit brought 90 men and, historians assume, perhaps an equal number of women and children. There were barely more than 50 English settlers in Plymouth at the time.

Winslow, most prophetically, offers the passage that turns the harvest feast into a celebration of Thanksgiving.

“And although it be not always so plentiful as it was at this time with us, yet by the goodness of God, we are so far from want that we often wish you partakers of our plenty.”

The Pilgrims had gone from the brink of perishing to an abundance far from want in one growing season. It must have felt like a miracle.

“The first Thanksgiving marked the conclusion of a remarkable year,” writes historian Nathaniel Philbrick in his 2006 book, Mayflower: A Story of Courage, Community and War. “By all rights, none of the Pilgrims should have emerged from the first winter alive.”

Edward Winslow lived a life of more adventure after settling Plymouth and recording its dramatic story for posterity. He died at sea in the Caribbean reportedly of yellow fever, on May 7, 1655. Oliver Cromwell, the victorious Parliamentarian of the English Civil War, reportedly intended to have Winslow serve as governor of the colony in Jamaica.

Before his death, Winslow gifted the American people with the miraculous story of the first Thanksgiving. The survival of the story is itself something of a miracle.

The letter that became Mourt’s Relation was sent by the ship Fortune back to England in December 1621.

It was captured on the open sea by French pirates who brought the ship to a prison island. The local governor confiscated anything of value on board including the clothing of the passengers, “not leaving some of them a hat to their heads nor a shoe to their feet,” according to an account of the drama in the Public Records Office in London.

He also “sent for all their letters; opened and kept what he pleased.” He did not please, apparently, of Winslow’s account of the first year in Plymouth. It made its way to London and was printed as Mourt’s Relation in 1622.

Mayflower 400, an organization convened to celebrate the quadricentennial of the Pilgrim journey, paid homage to Winslow in 2020: “He died a God-fearing Pilgrim at heart and with him went a very special set of skills that built friendships, won negotiations, and established a new way of life in a new land.”

Give thanks not just on Thanksgiving Day but every day of your life. Appreciate and never take for granted all that you have.