Plan for sunny and warm in Yuma, Arizona 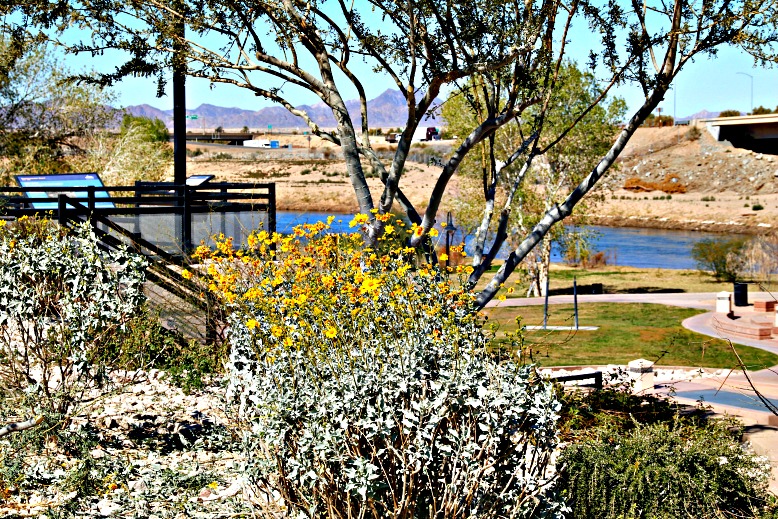 The true Southwest awaits in Yuma. Immerse yourself in rich culture and heritage rooted in centuries of history. Soak in blue skies and sun that shines 310 days a year—perfect for outdoor excursions.

Yuma is known as the Winter Lettuce Capital—thanks to its abundant vegetable production—and it holds a Guinness World Record as the “Sunniest City in the World.” With a prime location overlooking the Colorado River and home to the well-preserved Wild West-era Yuma Territorial Prison, this destination is an ideal place to explore.

Your first stops should be the Yuma Visitor Center and the Colorado River State Historic Park, the former site of the Army Quartermaster Depot established in 1864. Stock up on brochures and maps and find the latest info on Visit Yuma’s food tours and specialty dinners which are a great way to experience the region’s agritourism.

The Park includes a visitor center, the office of the Depot Quartermaster, the officer’s quarters, the corral house, the storehouse, a passenger train car, and more. Visitors can learn about how supplies delivered by ship from the Sea of Cortez were distributed to Army forts throughout the Southwest.

Related Article: I Was Wrong About Yuma

Sitting on a bluff overlooking the Colorado River are the remains of Arizona’s famous Yuma Territorial Prison. On July 1, 1876, the first seven inmates entered the Territorial Prison at Yuma and were locked into the new cells they had built themselves. A total of 3,069 prisoners including 29 women lived within the walls during the prison’s 33 years of operation. You can tour the original cell blocks, guard tower, and solitary chamber. In the museum, browse prison artifacts and exhibits that tell the story of the prison staff and the notorious convicts.

Explore Yuma’s lush parks and perhaps spot a LeConte’s thrasher or the elusive black rail. Be sure to pick up a copy of Finding Birds in Yuma County AZ by local birder Henry Detwiler available at the Visitor Information Center. East Wetlands Park offers 400 acres of wetlands at the Yuma Crossing National Heritage Area; it’s part of an environmental restoration effort that’s doubled the bird population and increased species diversity. There are paved pathways suitable for all abilities.

See a 1907 Baldwin steam locomotive, hear a “ghost train” travel along the original railroad alignment, and learn about the historic importance of the Yuma Crossing. The outdoor exhibit area opened in 2010 where Madison Avenue meets the river―the exact site where the first railroad train entered Arizona in 1877.

Toast the survivors of the Territorial Prison at the Prison Hill Brewing Company with a craft beer and conversation. Then, continue a few blocks to Lutes Casino, a historic establishment dating back to 1901. Despite the name, there are no card tables or slot machines; however, you can shoot some pool, order food, shop, or eye the quirky décor: retro signage, vintage photos, and posters of iconic Hollywood stars.

Never had a date shake? Now is your chance. You’re in date country after all. At Martha’s Gardens sip on a Medjool shake, a sweet and creamy concoction made from Medjool dates grown right on-property. While indulging take a tour of the grounds to find out how these dates are cultivated in the desert (offered November–March only).

Converted from a vaudeville house, the Yuma Art Center features a pottery studio, an artists’ gift shop, four visual-art galleries, and a 1912 theater. Before you leave, pick up a map for a self-guided tour of Yuma’s public murals and sculptures. Don’t forget to snap some photos!

Round out the day with a stop at the historic Sanguinetti House Museum and Gardens and Jack Mellon Mercantile. Named after the “Merchant Prince of Yuma” and a riverboat captain, respectively, these charming abodes are full of memorabilia and antiques, and frequently offer events such as tea time and haunted ghost tours.

Now an Arizona Historical Society museum, Sanguinetti House Museum chronicles E. F. Sanguinetti’s (1867-1945) life as the Merchant Prince of Yuma. Visit the museum and hear stories of how Sanguinetti came to Yuma as a penniless young man at just 15 years old. He quickly grew to become a civic-minded businessman whose various enterprises—electricity, ice house, ranching, farming, merchandising, banking, and real estate—advanced his own well-being and that of the community he loved.

Related Article: Of Yuman Interest: Top 7 Attractions In and Around Yuma

Three national wildlife refuges in the Yuma area—Cibola, Imperial, and Kofa—make up one of the country’s largest contiguous protected areas for wildlife. With more than 1,000 square miles between them, their ecosystems include desert, desert upland, riparian, grasslands, and forest.

Alone in the open desert, I have made up songs of wild, poignant rejoicing and transcendent melancholy. The world has seemed more beautiful to me than ever before.

I have loved the red rocks, the twisted trees, and sand blowing in the wind, the slow, sunny clouds crossing the sky, the shafts of moonlight on my bed at night. I have seemed to be at one with the world.

Yuma Territorial Prison is a living museum of the Old West 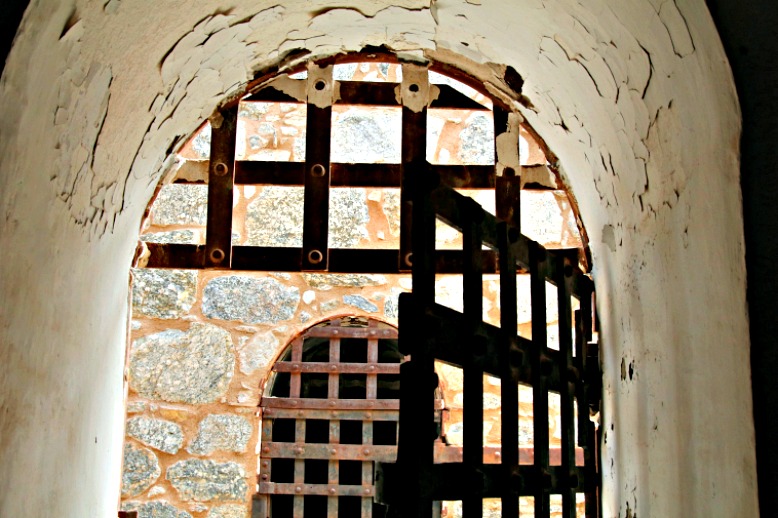 Sitting on a bluff overlooking the Colorado River, three miles west of the confluence of the Colorado and the historic Gila River, stand the ruins of Arizona’s famous Territorial Prison.

A total of 3,069 prisoners, including 29 women, lived within the walls during the prison’s 33-year existence between 1876 and 1909. Their crimes ranged from murder to polygamy with grand larceny being the most common. A majority served only portions of their sentences due to the ease with which paroles and pardons were obtained.

One hundred eleven persons died while serving their sentences, most from tuberculosis, which was common throughout the territory. Of the many prisoners who attempted escape, 26 were successful and eight died from gunshot wounds. No executions took place at the prison because capital punishment was administered by the county governments.

Despite an infamous reputation, the historical written record indicates that the prison was humanely administered and was a model institution for its time. The only punishments were the “dark cell” for inmates who broke prison regulations, and the “ball and chain” for those who tried to escape.

Prisoners had free time during which they hand-crafted many items to be sold at public bazaars held at the prison on Sundays after church services. Prisoners also had regular medical attention and access to a hospital.

Schooling was available for convicts, and many learned to read and write. The prison housed one of the first “public” libraries in the territory, and the fee charged to visitors for a tour of the institution was used to purchase books. One of the early electrical generating plants in the West furnished power for lights and ran a ventilation system in the cell blocks.

By 1907, the prison was severely overcrowded, and there was no room on Prison Hill for expansion. Convicts constructed a new facility in Florence, Arizona, and the last prisoner left Yuma on September 15, 1909.

Today, Yuma Territorial Prison State Historic Park is open, welcoming convicts of another kind—those guilty of having a curiosity for what it was like to work and live inside the prison walls.

The cells, main gate, and guard tower are still standing providing visitors with a glimpse of convict life in the Southwest over a century ago.

An introductory exhibit is located in the Visitor Center along with photographs and a video presentation. Outside buildings and features include original cellblocks, water tank, guard tower, sally port (entrance gate), library room, the dark cell, caliche hill, new yard, and cells. Interpretive panels are situated throughout the historic site. A large mural painting of Arizona Native Americans and scenery by a WWII Italian POW graces one of the walls.

Turn yourself in for a fascinating experience, which includes a look into “The Dark Cell” and a look back at the men AND women who served hard time in Yuma. Parole included with the price of admission.

And, you don’t have to wait until 3:10; the park is open from 9 am -5 pm daily so stop in and take a walk through a big slice of the history of the Old West.

Forecast for snow…sometime in the future, but not today, and definitely not in YUMA! What a beautiful day!