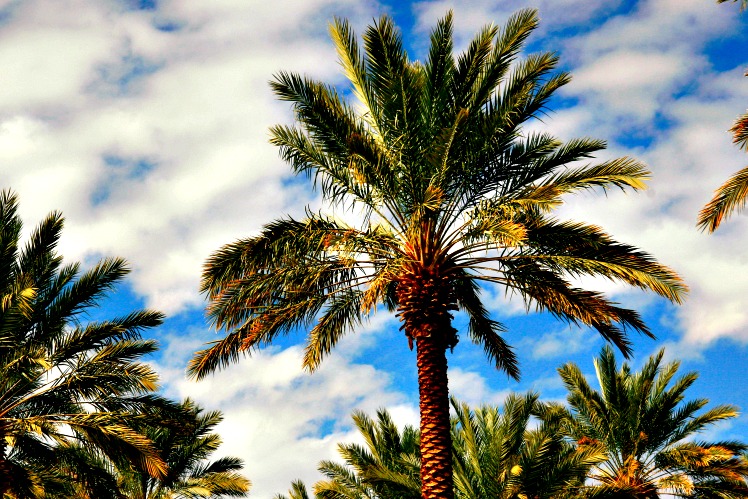 Because Yuma is located near the confluence of the Gila and Colorado rivers in the southwest corner of the state, it’s no surprise that Yuma County’s top industry is agriculture. In fact, the agriculture industry in Yuma County represents an annual gross economic return of $3.2 billion, or more than one-third of Arizona’s annual total of $9.2 billion.

Several factors account for that amazing total: Plentiful sunshine, ample labor, and high-quality irrigation water. The area also has fertile soil from sediment deposited by the Colorado River over millions of years.

Visit Yuma, the local visitor center, offers four specialty tours for a farm-to-table experience. A local grower leads Field to Feast Tours at the University of Arizona research farm. Participants are given a list of ingredients needed for lunch and sent out into the field to pick them. Culinary students from Arizona Western College then use these fresh veggies to make lunch.

Other popular foodie tours include Date Night Dinners served in a date grove where every course features the “fruit of kings”, Savor Yuma a progressive dinner that stops at three local restaurants, and Farmer’s Wife Dinners which celebrates fresh produce and farming traditions. If you want to go, book early.

Since Yuma is one of the world’s top producers of gourmet Medjool dates, we took a tour at Martha’s Gardens. In 1990, Nels and Martha Rogers bought a parcel of previously unused desert, cleared the land, drilled wells, and installed a drip irrigation system.

The original planting of 300 Medjool date palm offshoots thrived. Today the farm has around 8,000 palms. Only 250 of the trees are males since it’s the females that produce the fruit. The labor-intensive process of date farming includes hand pollination of female trees with pollen from male trees.

After the tour ended, we returned to the farm store for a delicious date milkshake, and we simply had to purchase a box of jumbo dates.

Date production in the Yuma area now totals about 10 million pounds a year, a $30 to $35 million dollar industry that employs more than 2,000 people annually.

The date is one of the oldest cultivated tree crops with records showing that in Mesopotamia it was cultivated more than 5,000 years ago. This valuable food helped sustain desert peoples and nomadic wanderers of the Middle East and North Africa.

The date was introduced to the western hemisphere by Spanish missionaries who planted date seeds around the missions in the late 18th and early 19th centuries. A few of the original palms or their offshoots (suckers growing from the base of the female palm) are still found in Southern California and Mexico. There were many varieties imported in the following years but the most significant was the Medjool date.

The Medjool originates in Morocco. Because of a disease outbreak in Morocco, eleven Medjool offshoots were imported in 1927 by the United States Department of Agriculture (USDA). To be sure they were disease-free the trees were placed in quarantine for seven years in the state of Nevada. Nine plants survived and in 1935 they were removed and planted at the USDA date section in Indio, California. After several more years, offshoots from those were removed and distributed to a few growers. Five or more years later, quality Mejools were harvested.

Twenty-four offshoots of those original trees were planted in the Bard Valley in 1944 by Stanley Dillman, date pioneer in the region.

Thanks to ideal soil and weather, the area around Yuma and Bard is now one of the world’s largest producers of premium-quality Medjools. Dates are harvested from the end of August through the first weeks of October. Each date palm must be climbed approximately 16-18 times a year to carry out hand operations necessary to ensure a good crop including pollination, thinning, separating strands of fruit with metal rings to help the air circulate and finally, bagging the date bunches.

Dates are high in fiber, potassium, and anti-oxidants and contain no fat. They are an organic product as no pesticides or chemicals are used on the trees or the dates. Many date confections are made locally, along with a local favorite: Dates shakes, or milkshakes made with ice cream and dates. The indescribable joy of a good date shake!