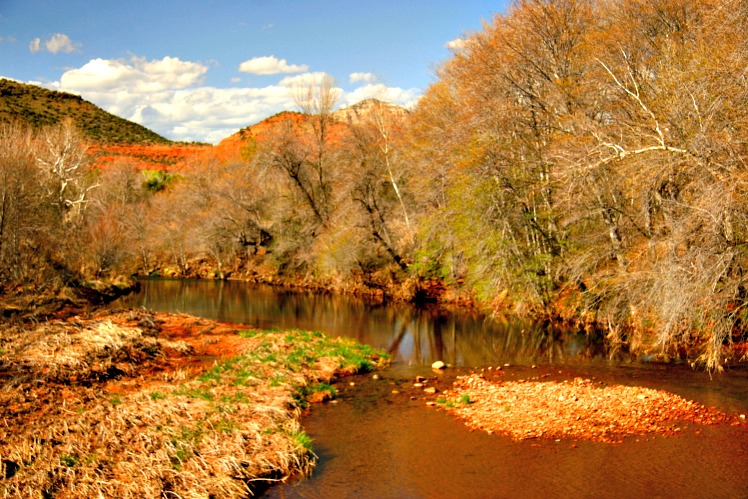 Escape winter and stay warm this winter in the American Southwest 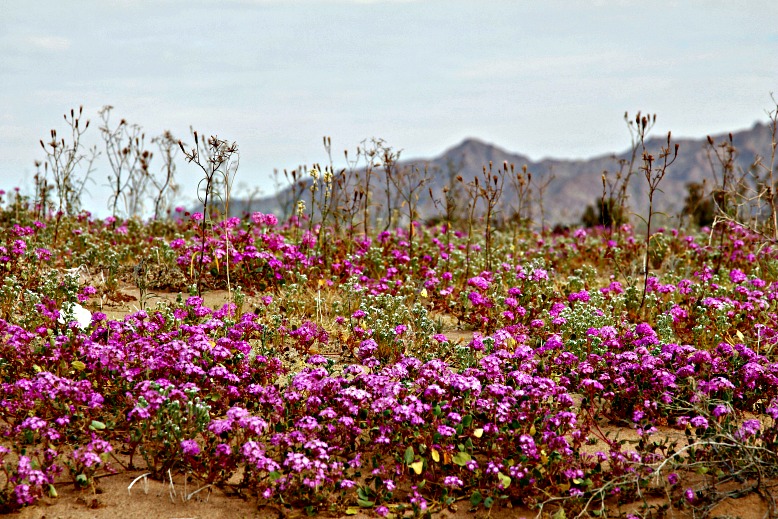 One of the perks about having a home-on-wheels is the freedom to head south for year-round sunshine.

The American Southwest draws in thousands of snowbirds every year for good reason: the daytime temperatures stay pleasantly warm all winter and there is tons to see and do.

Stay warm this winter in these unique towns across the southwestern U.S.

Ajo is less than an hour from the Mexican border in Southern Arizona. It’s also the closest town to Organ Pipe Cactus National Monument where you can see the unique organ pipe cactus with their many long, prickly arms.

Be sure to drive the 10.4-mile Ajo Scenic Loop through an historic section of Ajo, then through a wonderland of saguaro, organ pipe, and other diverse cacti and Sonoran Desert vegetation.

Ajo’s reason to be is the massive open-pit New Cornelia copper mine. This inactive mine just outside of the town measures about one and a half miles across at its widest point and 1,100 feet deep at the center. There is a lookout where you can stop and get views of the mine, as well as a museum where you can learn more about the history.

There are numerous RV parks and campgrounds in the Ajo area including the popular Ajo Heights RV Park. You can also dry camp at Twin Peaks Campground at Organ Pipe Cactus National Monument. Numerous sites are suitable for big rigs.

Truth or Consequences was originally named Hot Springs but was later renamed after the title of a popular game show. Despite the name change, the town is still a relaxing hot springs destination with thermal water that flows out of a rift along the Rio Grande River.

Riverbend Hot Springs is the only springs actually located along the river within the town’s hot springs district. They have lodging available or you can stay in one of the area’s many RV parks or nearby Elephant Butte State Park.

Yuma in southwestern Arizona holds the record for the sunniest city on Earth. The town averages about 308 sunny days every year, compared the US average of only 205.

One of the most interesting things to do in town is tour the Yuma Territorial Prison State Historic Park. The first seven inmates in this former prison were locked into jail cells that they built for themselves.

You can now walk through the old cells, the solitary chamber, the guard tower, and around the grounds, as well as see photographs and exhibits on the prison’s history.

Yuma has a large number of RV parks and resorts, including many specifically for those 55 and older. Most parks are conveniently located along Interstate 8.

Bisbee is a quaint historic town in the Mule Mountains of southeastern Arizona. It was originally founded as a mining town, and still maintains many old buildings that are listed on the National Register of Historic Places.

The town is filled with local shops, galleries, and several informative museums where you can learn more about the area’s mining history. There is also an historic mine that you can still tour underground in a hard hat, headlamp, and yellow slicker.

Queen Mine RV Park has full hookup RV sites within walking distance of the old mine tours. If you’re not bringing the RV, stay in one of Shady Dell’s uniquely decorated vintage trailers.

Wherever you decide to escape winter, you’ll share one thing in common with all your neighbors. Every one of them has learned that suffering through cold seasons is optional. The endless summer is far more appealing—and doable in these popular winter RV destinations.

We have chosen to be reasonably warm year-round, so we are snowbirds. Every year when I hear the honks of the Canada geese overhead at our home in Alberta, something in my genes starts pulling my inner-compass to the South. And an inner voice whispers: “Surely you’re as smart as a goose.” Feeling that I am at least as smart as a silly goose, I line up the motorhome with that compass pointer and head for the Sun Belt.