How Vegas used to be 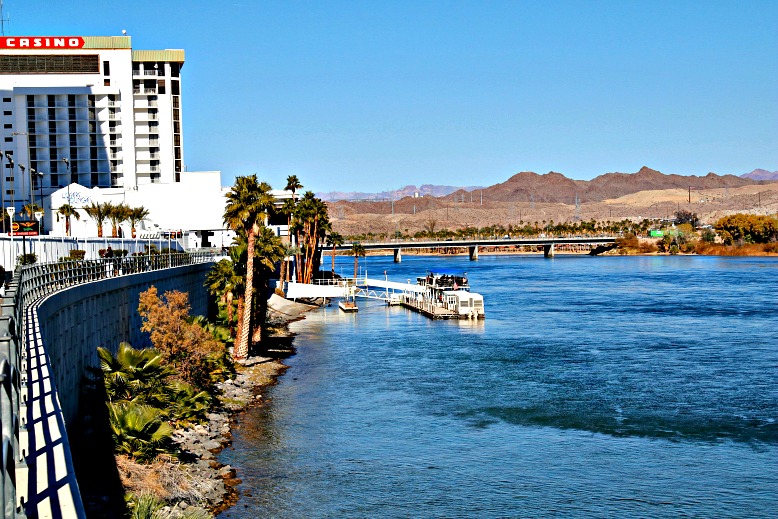 Here’s the craziest thing about Laughlin, Nevada: It didn’t even exist 55 years ago. In 1964, pilot Don Laughlin was cashing in as the owner of the 101 Club in North Las Vegas and, while flying his plane over the Colorado River, saw a world of potential in a strip of Nevada land across the river from Arizona’s Bullhead City. At the time, the area was home to less than a thousand people. He took a big risk invested it into an old boarded-up eight-room motel. From there, success took over.

That motel added casino games and eventually evolved into the Riverside Resort with two massive towers. The town itself—about a 90-minute drive from Las Vegas—became official when postal services were established. (You can’t have a post office without having a town name) The postmaster at the time was of Irish heritage and liked the name Laughlin, so all the stars seemed to align.

But Don was just getting started. Over the years, his civic projects would include an airport expansion, flood control work, and the opening of a ranch that provided beef to Laughlin’s restaurants. He even financed a bridge that crossed the water between Nevada and Arizona—right next to the Riverside Resort, of course.

In case you’re wondering, Don Laughlin is still going strong at 88 years and living in a penthouse at the top of his resort. The town that shares his name is now home to nine casino hotels, 10 if you include the Avi Resort about 15 miles south on Native American land.

Laughlin’s population is approximately 10,000 while Bullhead City and its unincorporated area boast a population of about 42,000 permanent residents. An estimated 14,000 Nevada and Arizona residents currently work in Laughlin’s hotels and casinos. Multi-million dollar Laughlin housing developments have rushed into construction to keep pace with the business boom.

Stretch your legs while exploring Laughlin on foot at the Riverwalk. Well maintained and offering fantastic views of the city and the Colorado River, the Laughlin Riverwalk is a great way to get from one casino to the other while soaking up sights like Don Laughlin’s Riverside to the boats sailing by.

Try walking along the Riverwalk in the evening to enjoy the live bands that play on various sections of the walkway. If you’re not sure about what you want to do taking a stroll along this stretch of pathway is a great way to see what the city has to offer on any given day as well.

The coolest way to get around town is by water taxi. These small boats piloted by certified captains zip around on the river from one property to another. Most casinos have their own dock and if you stand around on one, a water taxi will show up fairly quick. A single ride is $5, although wristband deals are available for unlimited rides.

The kitschy casino hotels might be the best part. Laughlin’s signature casino, Riverside Resort, feels pretty old-school and is almost always going through renovations. A rooftop pool deck has been updated with cabanas and a modern circular bar. The classic car collection in the lobby adds to the 1960s ambiance.

For those drawn to the spirit of the Old West, New Pioneer has a Tombstone-like facade and a gift shop full of kitsch items like goat’s milk soap and cowboy hats. It also has River Rick—a double of Vegas Vic, the iconic neon smoking cowboy that once stood outside the original Pioneer Club in Vegas.

Aquarius is the largest resort with 1,900 rooms and a centralized casino with restaurants around the perimeter.

Colorado Belle looks exactly like a vintage paddlewheel riverboat, but it doesn’t actually go anywhere. The casino floor has a classic old-school style that wouldn’t look out of place in Mississippi or New Orleans. The koi fish in the front moat are a nice touch.

Situated across the Colorado River and up the hill from Laughlin is the small but historic town of Oatman, Arizona. Famed for being a living ghost town, Oatman was once a bustling community of over 10,000 people but has now dwindled down to a population of just over 100 people.

Despite being just a whisper of what it once was, Oatman is still a fantastic place for history buffs to visit thanks to its many historical buildings. There are also fantastic photo opportunities to be had in Oatman as well as exciting shows to catch, like those of the Ghost Rider Gunfighters, who perform gunfight recreations daily.