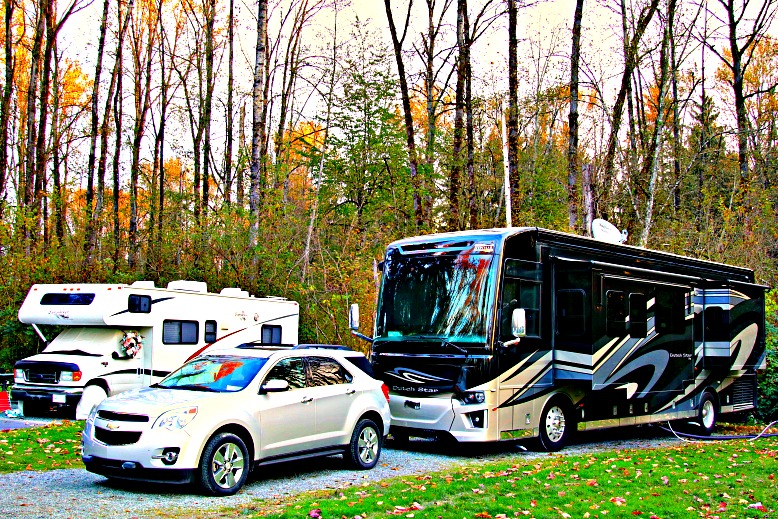 Canadians who travel south have changed their migration pattern dramatically this winter. In a normal year, more than one million Canadians head south to the U.S. Sunbelt states. The COVID-19 pandemic has clipped their wings and forced most to stay in Canada this winter.

Of those who are traveling, most are driving west to RV parks and campgrounds in British Columbia—the South Okanagan, Lower Mainland, and Vancouver Island. There is no place in Canada from the East Coast all the way to this area that doesn’t have winter. So, there’s no escape until you come here. These three regions in British Columbia appear to be the perfect destinations for snowbirds who want to forget about the snow and the worst of the freezing cold.

British Columbia is the place to be in Canada during the winter. Whether snowbirds look at minimum and maximum temperatures or number of snow days these three areas are the best option. Plus, with fewer than five days with snowfall, whichever BC region that snowbirds choose will allow them to escape the worst of the weather conditions they dread the most: snow, wind, and frigid winter days.

Fortunately, Canadian snowbirds can still make the most of a bad situation. Although replicating the conditions of a Texan winter in Canada is not possible, spending the tougher months in balmier climate within the country’s borders is for many.

According to the Canadian Camping and RV Council at least 50,000 full-time users of recreational vehicles who usually spend their winters in the US Sunbelt had to find a site north of the border. Thousands of those snowbirds have converged on southern BC, packing full-service campgrounds to wait out the winter, say tourism and lodging groups in the province.

According to the B.C. Lodging and Campgrounds Association, about 100 private-sector campgrounds are open year-round most of them in southern BC. Full-time RVers have been wintering here for years. The difference this year is snowbirds have nowhere else to go. By mid-July, numerous RV parks reported 100 people on their winter wait-list. They’re from everywhere in the country that’s cold.

On a small island in British Columbia’s Fraser River is a campground packed with Canadian snowbirds who found refuge when the border with the United States was shut. Unlike other years, all 118 full-service sites at Fort Camping in Langley are occupied.

It started in March, when Prime Minister Justin Trudeau told Canadians around the world to come home. Taking no chance on the border reopening, many booked Fort Camping for the winter. They sensed that they would to be in deep trouble come winter with the border closed and nowhere to go. At Fort Camping most have satellite TV and whatever they need nearby and numerous walking paths and hiking trails. They have wonderful internet service here.

The Canadian Snowbird Association says Florida is the most popular winter destination for Canadians who routinely head south for the season with around half a million of them visiting the state in a normal year. They estimate around 3.5 million Canadians including non-snowbirds visit the state each year and spend around $6.5 billion. The second most popular destination is Arizona. According to the Arizona Office of Tourism, around 964,000 Canadian visitors were responsible for $1 billion of the $26.5 billion in tourism spending last year. This past September, visitors spent $752 million overall, but that’s down 60 percent from the $1.9 billion expected in a normal year.

It was prime parka weather in northern Alberta on Friday morning—a crisp -35 Celsius (-17 Fahrenheit) degrees which reminded me that I had planned to spend time in southern Arizona this winter. I could start my day with a hike at Catalina State Park, revel in the dry heat, and hang out with all my cacti friends.

This is the first winter in 20+ years that we haven’t driven our RV to the US Sunbelt—California, Arizona, New Mexico, Texas, Louisiana, Mississippi, Alabama, and Florida. But not this year! It’s a lifestyle as opposed to vacationing for two weeks. If you told me a year ago that I would spend the winter of 2020-21 in the Great White North, I’d surely wonder which one of us was crazier.

I look at the positives—it could be a lot worse. We’ve got a nice warm home-on-wheels, we’ve got pleasant neighbors, we’re in a beautiful area of the country, and spring comes early. Would I like to be down south, oh you bet!

And, while these alternative destinations within the country’s borders might not be as sunny as their usual winter destinations, these regions in British Columbia could be the ideal solution for snowbirds in a less-than-ideal year.

On a hopeful note, the one-year absence has not diminished Canadian snowbirds’ enthusiasm for their winter homes. We’ll be back next winter. I certainly hope so!

“We’ll Meet Again” was a popular song—and saying—during World War II among Americans and Canadians alike. Then, both countries were united against one enemy, just like during this pandemic. So expect friendly border crossings again. The border will open…

As Anne Murray sings in the popular song, “Snowbird”:

“Spread your tiny wings and fly away

And take the snow back with you

Where it came from on that day

So, little snowbird, take me with you when you go

To that land of gentle breezes where the peaceful waters flow…”