Desert, mountains, sandy beaches, clear blue rivers, and deep canyons. The Lone Star State has it all—and you can find it in a state park. 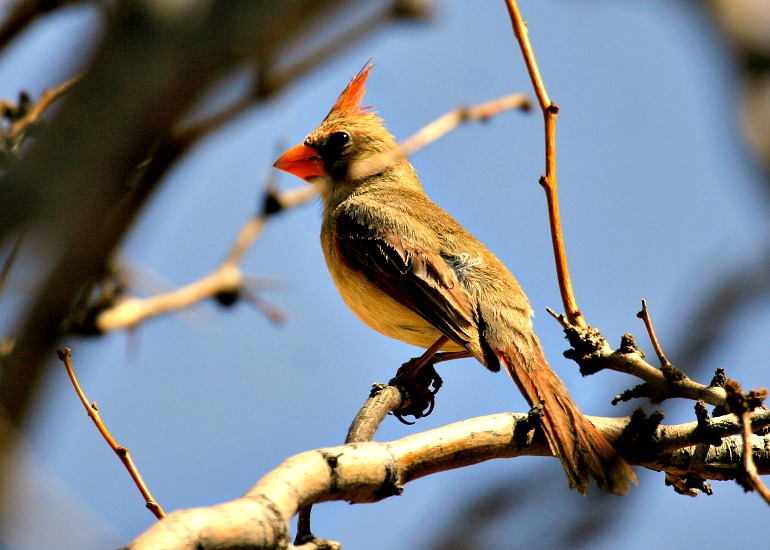 Texas is one of the most geographically diverse states in America—it is the largest state in the contiguous United States after all with a thriving state park system to match that has more than 80 different sites across the state to explore.

Officially established in 1923, Texas’s state park system was loosely modeled on the United States’ national parks. When Texas was annexed into the U.S. in 1845, the state government stipulated that Texas must retain control over its public lands, so when the country’s national park movement was first gathering steam in 1916, very little land was allocated to the federal government. There’s now a grand total of 603,748 acres of Texas state parks to traverse, so there’s a little something for every type of adventurer.

Here are the 10 best Texas state parks to visit.

Why go: Desert mountain hikes and a historic lodge

Where to stay: Davis Mountains State Park offers primitive camping, campsites with electricity and water, and full hookup campsites for RVs. If you’re not into camping, check out the Indian Lodge, a full-service hotel in the state park.

If you ask any Texan what they think of when they hear the words “West Texas,” the first thing that probably comes to mind is Big Bend National Park (or, alternatively, the cool little art town in the middle of nowhere, Marfa). But about 140 miles north of Big Bend country are the Davis Mountains which are geologically classified as a “sky island”—an isolated mountain range surrounded by a radically different lowland.

The mountains were created 35 million years ago after a series of violent volcanic eruptions which gave the area a large outcropping of rare (for Texas) igneous rock. The park offers a variety of hiking and biking trails and horseback riding corridors plus what the park fondly calls the “best little bird blind in Texas.”

Thanks to the state park’s proximity to the McDonald Observatory, the area enjoys mandatory dark skies making it an ideal spot for stargazing.
Davis Mountains State Park isn’t known only for its outdoor activities. One of the most distinctive hotel options in the area is the Indian Lodge, built by the Civilian Conservation Corps in 1933. The pueblo-style lodge functions as a full-service hotel and has 39 rooms and a dreamy swimming pool.

Related Article: 10 Things You Need To See and Do At Least Once In Texas

Why go: Big Bend’s geography without the crowds of Big Bend National Park

Where to stay: Primitive camping only. Nearby towns of Lajitas and Terlingua have RV parks, hotels, and motels.

Big Bend Ranch State Park is often overshadowed by its spectacular national cousin, Big Bend National Park. But just a few minutes down Highway 170 (which, by the way, was named one of the most scenic drives in the country) is this state park—the biggest in Texas at a whopping 300,000 acres. Admittedly, Big Bend Ranch State Park is not for the faint of heart: There’s only primitive (a campsite with no water or electricity, but can be driven to) and backcountry (campsites with no water or electricity either, but require a hike to reach) camping in the park.

Because of its size and remoteness, it offers little in the way of amenities. What the park does have is 238 miles of multiuse trails for hiking, biking, and riding horses. Bring plenty of water—temperatures can reach as high as 130 degrees in the summer, so plan your visit for sometime during late November to early March. This west Texas park also makes a great place to stargaze.
For an extra dose of personality, add a stop in Terlingua to your trip. The famous revitalized “ghost town” serves up some serious western-inspired grub, drinks, and music at the Starlight Theatre.

Where to stay: Group campsites, campsites with water, and backcountry camping are all available.

As any Texan knows, Enchanted Rock State Natural Area is a must-visit park. You can see what makes the region special from miles away along the drive on Ranch Road 965—a gargantuan hunk of pink granite that’s completely unique to Texas. (The state capitol is made of the same rock.) Geologically, the unusual formation is known as a ​​monadnock, a hill of bedrock that rises above its surroundings.

The stunning monolith has always had a mystical ambience. Before the Spanish and Anglo settlers arrived, the Plains Native Americans who frequented the area called the formation the “Singing Rock.” When the granite would cool from Texas’s ultra-hot summer temperatures as the sun went down, the stone would moan and groan as it shrank in the cool night air. If you’re lucky, you can still catch this phenomenon during a sunset hike.

There are 11 miles of trails in Enchanted Rock State Natural area; the most popular hike goes straight up to the top of the rock, the Summit Trail. The “trail” (there are few ways to mark a path on bare rock) can be slippery at times but the view of the Hill Country at the apex makes the near vertical trek worth it. Because this hike is up a hunk of granite, the trail has little to no shade or vegetation, so be prepared with hats, sunscreen, and plenty of water.

Where to stay: Campsites with electricity and primitive camping are available. There are also RV parks in the area.

OK, so calling Port Aransas Texas’s best beach may be a controversial statement—South Padre Island is regularly flooded with spring breakers each year, Galveston enjoys a steady stream of tourists, and let’s not forget Latina superstar Selena’s hometown of Corpus Christi. But many Texans will say that Port Aransas easily beats them all. And if you’re into fishing, the reel-’em-in heaven of Rockport is only 18 miles away from this island community.

What makes Port Aransas so special? Think small-town Texas with charming coastal vibes and the whitest, fluffiest sand your toes will ever have the pleasure of knowing. Plus, being located on the barrier island, the area enjoys an ecosystem populated by seabirds, 600 species of saltwater fish, sea turtles, dolphins, and even a few alligators. One of the best places to experience the island’s environment is Mustang Island State Park.

The park has five miles of coastline where visitors are encouraged to camp, bird-watch, kayak, fish, or simply play in the surf. Camping here is a little different than in most Texas state parks—though there is a designated camping area with electric hookups, guests can also camp primitive-style directly on the sand near the surf with the appropriate permits.

Why go: Visit one of the largest spring-fed pools in the world

Where to stay: Campsites with electricity, group campsites, and cabins are available.

Barton Springs in Austin is indisputably one of Texas’s favorite swimming pools thanks to its year-round cool temperatures and convenient location in the heart of the capital. But if Balmorhea were a little closer to central Texas, it would definitely be a fierce competitor. It offers a sizable spring-fed pool that hovers around 72 to 76 degrees all year, right smack in the middle of the desert.

Before the Civilian Conservation Corps built the concrete swimming pool and cabins in the 1930s, the San Solomon Springs provided water for local wildlife and hunter gatherers who are believed to have first made their appearance in the area around 11,000 years ago. During the 1800s, cattle ranchers and railroad workers often used the springs.

Now, the pool is most commonly frequented by Texans looking to escape the oppressive summer heat in an appealing desert landscape. Visitors can swim, snorkel, and scuba dive at the pool which hosts two endangered species of fish: the Pecos gambusia and the Comanche Springs pupfish. Though Balmorhea State Park is a bit out of the way from any major city (the nearest one—Odessa, Texas—is 116 miles away), getting to take a dip in the turquoise gem of the west Texas desert is an experience not to be missed.

Why go: Play on the Sahara-like dunes

Where to stay: Campsites with water and electricity are available; also equestrian sites.

You can surf on the Gulf Coast in Texas but you can also surf at Monahans Sandhills State Park in West Texas. A virtual island in a Permian Basin sea, the narrow strip of dunes runs for 200 miles from just south of Monahans north into New Mexico and creates a unique habitat that’s home to a variety of wildlife and supports one of the world’s largest oak forests—albeit the oaks themselves are of the diminutive variety. The Harvard oaks that cover more than 40,000 acres here seldom rise above three feet in height even though their root structure may extend as deep as 70 to 90 feet in the dunes.

The park offers an interpretive center and museum, as well as picnicking and RV camping and a favorite activity of many visitors, sand surfing. The 26 campsites offer electric and water hookups, picnic table, and a shade shelter. Rent sand disks to surf the dunes or bring your horse and check out the 800-acre equestrian area. Just make sure you mark off “surfed in a desert” from your travel bucket list.

Look for “fulgurites” (melted sand created by lightning strikes), ride your horse, or borrow a disk to surf the dunes. This park seriously reminds me of a scene from Aladdin. Oh, and did I mention that you can surf down the sand dunes? I can’t think of many activities more fun than that!

Visitors to the Island engage in a variety of activities, including camping, birding, fishing, boating, water sports, picnicking, hiking, photography, geocaching, and wildlife observation. A leisurely 1-mile hiking trail is available. Swimming is not recommended as the shoreline has concrete bulkheads, oyster shells, mud flats, and marsh grass.

Goose Island State Park is best known for two celebrated residents, one of which is the Big Tree—an enormous 1,000-year-old coastal live oak that has survived prairie fires, Civil War battles, and hurricanes. With a height of 44 feet, a circumference of 35 feet, and a crown spanning roughly 90 feet, the massive coastal live oak has survived Mother Nature’s fiercest storms including Hurricane Harvey (August 25, 2017) for more than 1,000 years.

Choose from 44 campsites by the bay or 57 sites nestled under oak trees, all with water and electricity. Every camping loop has restrooms with showers. Goose Island also has 25 walk-in tent sites without electricity, and a group camp for youth groups.

Read Next: 16 of the Best State Parks in America