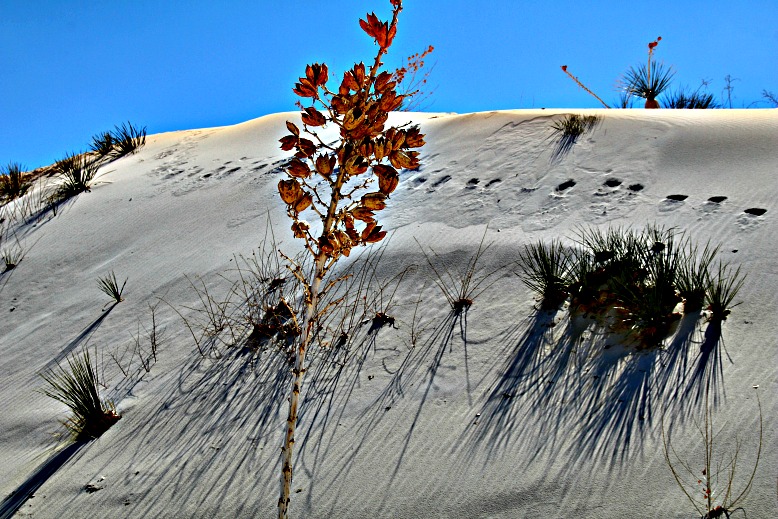 An Israeli company has developed a machine capable of turning air into water. Watergen, established in 2009, is a global leader in the atmospheric drinking water devices market, machines that create drinking water from the air.

The production of drinking water from humidity in the air is one of the most important and innovative water extraction solutions available today, used to tackle the growing problem of depleting levels of drinking water in the world. Within a decade from now, it is estimated that 50 percent of the world’s population will live in areas without access to clean, fresh, and safe drinking water.

In basic terms, the machine works in a similar way to a dehumidifier—extracting water particles from the air, but in this case, the water is also purified to ensure its drinkable. The company says the optimal temperature for production is between 59 and 113 degrees F (15°C and 45°C), and 20 to 99 percent humidity.

Watergen’s Mobile Box system has generated considerable interest in recent months. The Mobile Box is the world’s first vehicle on-board drinking system capable of extracting clean water from ambient air. It can be mounted externally on various types of vehicles including trucks, trailers, buses, recreational vehicles, and all modes of luxury land and sea transport. And at only 66 pounds (30 kg), the impact on fuel consumption is minimal.

Watergen’s Mobile Box was selected by Ford Motors to provide built-in water generators in its line of adventure recreational vehicles.

The product was recently shown on the Ford Ranger pick-up at the Specialty Equipment Market Association (SEMA) show in Las Vegas. It was also displayed at the Smart Mobility Summit in Tel Aviv.

The Mobile Box will be preinstalled on Ford vehicles and can generate up to 6.6 gallons (25 liters) per day of fresh drinking water using only a 12V power supply and access to fresh air to produce the water. It will be installed on the flatbed of the pickup where it will occupy minimal space due to its compact dimensions—2 feet x 1.6 feet x 1.5 feet (63 cm x 53 cm x 46 cm). The Mobile Box unit is fitted with sturdy wheels for ease of transport on the flatbed of the Ranger.

The ability to produce clean drinking water without relying on an external water source is a game-changer for those who seek off-grid adventures.

A Ford Ranger fitted with Watergen’s Mobile Box will embark on a 12-month tour of the United States in collaboration with the Outside magazine where journalists and members of the public will be able to see the system first-hand. Details were not available at the time of writing.

Watergen’s patented technology enables cost-effective, low-energy generation of clean drinking water from the air, using a series of filters. After the air is sucked in and chilled to extract its humidity, the water that forms is treated and transformed into clean drinking water. The technology uses a plastic heat exchanger rather than an aluminum one which helps reduce costs; it also includes proprietary software that operates the devices.

The company, headed by Russian-Israeli billionaire Mikhail Mirilashvili, has a number of products already on the market including large- and medium-scale generators that the company says can produce between 58 and 1,585 gallons (220 and 6,000 liters) of water per day depending on the generator as well as an at-home device that can produce 6.6-8 gallons (25-30 liters) of water per day.

Watergen has offices in Israel, the United Arab Emirates, the US, Russia, China, and India and works in 80 countries around the world based on the idea that “everyone should have access to clean, safe drinking water.”

Watergen also developed generators for the automotive market including the Watergen On Board which can generate up to 13 gallons (50 liters) of water per day and can be installed in trucks and buses.

The company will introduce the world’s first aftermarket water generator for RVs in 2022. The Watergen ON Board water-from-air generator is scheduled to be available through certain Camping World locations across the U.S. in the spring of next year. The pricing and other markets are yet to be announced.

Watergen ON Board harnesses humidity in the air to supply more than 10 gallons a day of pure, clean drinking water. Similar to above mentioned Watergen products this is done totally independent of any external water source or water hookup. The unit simply plugs into any power source that has a 12V power source.

This product will have special appeal for campers and RVs that want the on-the-go water generation and off-grid lifestyle.

“We see water capture as one of the biggest opportunities for disruption in the outdoor market and Watergen is the industry leader. We are excited about our partnership with Watergen and the future of bringing Watergen GENius technology and systems to Camping World retail and install centers across America,” said Camping World SVP of Corporate Development Ryan Biren.

“Watergen is the global leader in Atmospheric Water Generation and this partnership with Camping World builds upon our vision of providing fresh, clean drinking water no matter where you are or where you are going,” said Watergen Americas President Dan Clifford.

The company launched its Watergen ON Board at Camping World’s very first Electric World location in Draper, Utah last month. This is in conjunction with Camping World’s annual investor conference.

Most Popular articles in 2021:

Watergen is also working with a number of car manufacturers and other high-profile clients.

Earlier this year, Watergen embarked on a project in the Hamas-ruled Gaza Strip to provide generators that could produce up to 1,585 gallons (6,000 liters) a day to Palestinians in the enclave who face a chronic water shortage.

Gaza’s overused aquifer has been degraded by saltwater intrusion and contaminated by pollutants making most available water salty and dangerous to drink and forcing the import of bottled water, global news agency AFP reported in January. Only three percent of Gaza’s own water meets international standards, according to the United Nations which had in 2012 predicted that ecological pressures would have made Gaza “unlivable” by now.

Since Israel and Egypt tightly control imports to Gaza to prevent the Hamas terror group that controls the strip from importing weaponry, getting the machines approved took considerable time.

Mirilashvili bought Watergen after moving to Israel in 2009. The company CEO and president has a colorful personal history including time spent in a Russian prison following a kidnapping conviction in a trial the European Court of Justice later found was flawed.

A religious Jew with a picture of a prominent Orthodox rabbi on his office wall, Mirilashvili told AFP that when he learned about Gaza’s water crisis, he immediately wanted to help.

Watergen inked a deal last year with Emirati firm Al Dahra to export the Israeli solutions to the UAE and other regional countries.

This summer, Watergen installed a generator for a Navajo Nation Native American community in Arizona to help them deal with a crippling water shortage. Nearly 10,000 families across Navajo Nation lack access to running water according to recent estimates. Local groundwaters have been contaminated over the years by mining and the situation has been exacerbated by the devastating drought affecting the western United States.

Last year, the company’s system was donated to authorities in Brazil, Vietnam, and India. It also assisted rescue and recovery efforts during the 2018 California wildfires as well as providing clean water to the residents of Texas and Florida in the aftermath of the devastation caused by hurricanes Harvey and Irma.

Watergen also developed a small-scale version for home and office use named GENNY which has the ability to produce up to 8 gallons (30 liters) of potable water every day—significantly reducing plastic usage and disposal by eliminating the waste caused by drinking bottled water.

GENNY also has the potential to serve as an air purifier, circulating clean air throughout homes through a small tweak in the water generation process, using the already existing technology to create a multipurpose product.

Water is life’s matter and matrix, mother, and medium. There is no life without water.

—Albert Szent-Gyorgyi (1893–1986), Hungarian biochemist who won the Nobel Prize in Physiology or Medicine in 1937