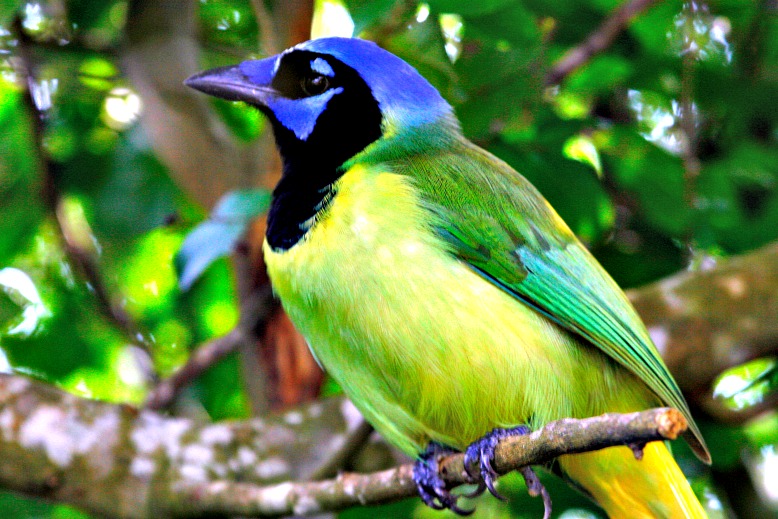 Located at the southern tip of Texas, the Rio Grande Valley hosts one of the most spectacular convergences of birds on earth. Well over 500 species have been spotted in this eco-wonderland, including several that can be found only in this southernmost part of the U.S.

The lower Rio Grande Valley—the ancient delta of the river from Falcon Lake to the Gulf of Mexico—contains resacas or oxbow lakes, Tamaulipan thorn woodlands, marshes, wetlands, and forest. Less than 5 percent of the area’s natural habitat remains, however.

Together, the parks safeguard nearly 2,200 acres that are home to hundreds of species of birds and other wildlife—places for visitors to experience nature and the landscape of the Valley close to its original state.

Estero Llano Grande State Park, formerly agricultural fields, became a World Birding Center site in 2006. Its 230-plus acres, free of car traffic, take in a shallow lake, woodlands, and thorn forest, along with a wildlife-viewing deck, boardwalks, and five miles of trails.

The park gets its name from the original Spanish land grant for the area known as Llano Grande, which means Large Grassland or Plain. An “estero” is a low-lying area of land often flooded by rain or overflow from a nearby river. So, Estero Llano Grande means “the wet place on the big plain.”

It’s amazing what adding a little water to a typically sun-parched environment can do to attract birds and other wildlife. You need look no further for proof than the almost 200 rejuvenated acres of Estero Llano Grande State Park in the Rio Grande Valley.

From the Visitors Center, follow a trail past Ibis Pond and Dowitcher Pond where turtles sun themselves, onto the Camino de Aves Trail, a 1-mile loop through the brush. At Alligator Lake, spend a few minutes on the observation deck looking for the lake’s namesake reptile (pictured below) before continuing to the top of a levee for a view of the Llano Grande.

The next turnoff leads to the Spoonbill Trail, which circles Ibis Pond back to where you started. On the other side of the entrance road, lanes of a former RV park have transitioned into the park’s Tropical Area, which attracts rarities such as the rose-throated becard, white-throated thrush, and crimson-collard grosbeak. The short, narrow Green Jay Nature Trail loops through woods so thick they feel like an enchanted forest.

This park shelters more than 300 bird species with a record 115 spotted from the deck in one day. Estero Llano Grande offers the best chance to spot the heavily camouflaged common pauraque. Most of the trails accommodate wheelchairs, and tram tours are offered on certain afternoons by reservation. Park staff also offer regularly scheduled guided bird, butterfly, and dragonfly walks.