Visit a Central Valley town that knows its wine 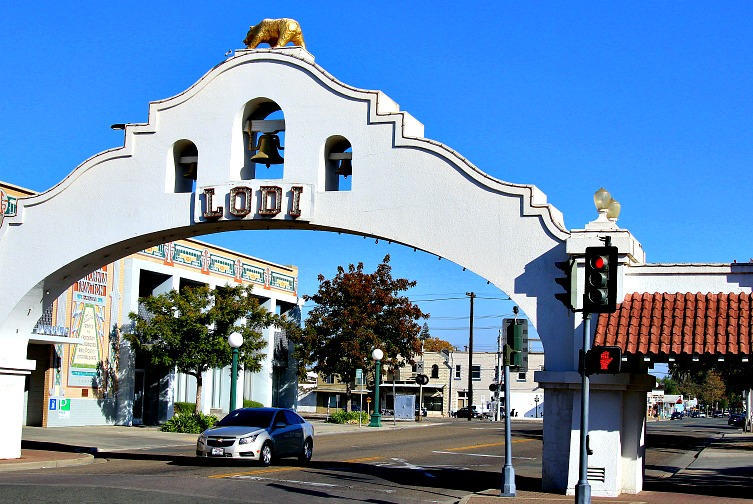 Lodi Wine Country is one of California’s major winegrowing regions, located 100 miles east of San Francisco on the eastern edge of the San Joaquin/Sacramento River Delta, south of Sacramento, and west of the Sierra Nevada mountain range.

It is named after the most populous city within the region. Lodi is characterized by a rural atmosphere where wineries and farms run by 4th – and 5th generation families operate along-side a new group of vintners who have brought creative winemaking and cutting-edge technology to the region.

Lodi has been a major grape growing region since the 1850s when prospectors drawn by the California gold rush began to settle the area. Today, Lodi comprises 18 percent of California’s total wine grape production―more than Napa and Sonoma counties combined.

Twenty years ago there were eight Lodi wineries. Today there are over 80, hundreds of Lodi-labeled wines, and approximately 100,000 acres of premium wine grapes.

Lodi is predominately a red wine-producing region, with approximately two-thirds of the acreage dedicated to red varieties. However, with over 75 varieties in commercial production, Lodi offers a vast portfolio of interesting and unique wines.

Lodi is the self-proclaimed Zinfandel Capital of the World, producing over 32 percent of California’s premium Zinfandel. Many of the region’s most distinctive wines come from the thousands of acres of “old vines”—some dating back to the 1880s. An estimated 2,000 acres are unique pre-Prohibition own-rooted vines.

Cabernet Sauvignon is prevalent along the eastern edge of the Lodi appellation. Although a part of the local landscape for over a hundred years, Petite Sirah has seen a recent rise in popularity. A relative newcomer, Lodi Syrah has quickly become more prominent.

Winemakers have also begun to explore the broad range of emerging varieties originating in similar climatic regions of the Europe, including Spain, Italy, Southern France, and Portugal such as Albariño, Tempranillo, Verdelho, Sangiovese, Viognier, Carignane, and Touriga Nacional.

Life is slow and easy in Lodi. The locals not only make you feel welcome, they appreciate you being here. After settling into Flag City RV Resort, a 5-star RV park, we started our seven-day tour by driving to Galt about 8 miles north of Lodi on Highway 99 for their large outdoor market (weekly, Tuesday and Wednesday).

From its roots as a farmer’s market at the old Sacramento County Fairgrounds in the 1950s, the Galt Market of today is an expansive open-air mall with diverse products available. With over 400 vendors offering merchandise for sale, the quantity of items available is staggering. The Galt Market covers ten acres of great deals with all the adjacent parking lots reserved for customer use.

Fresh fruit, vegetables, nuts, and seafood are displayed along ‘produce row’―an aisle 100 yards long with spaces on both sides of the aisle overflowing with offerings from both local and distant farms.

Returning to Lodi we oriented ourselves to the area briefly exploring the historic downtown area and stopping at the Lodi Wine & Visitor Center situated on the picturesque grounds of the Wine & Roses Hotel, Restaurant, & Spa, and wine-tasted at the nearby Abundance Winery, a family owned and operated boutique winery.

Our following day began with a delightful wine tasting experience at Woodbridge by Robert Mondavi where roughly 30,000 cases of wine are produced in eight hours. Despite its capacity, Woodbridge’s intimate Visitor’s Center focuses on its family tradition and pours several small lot, winery exclusive wines.

The seven wines we tasted are available only at the winery. The staff was friendly and informative enhancing the experience. The $5 tasting fee was waved as we purchased a bottle of petit syrah.

Wine is one of the most civilized things in the world and one of the most natural things of the world that has been brought to the greatest perfection, and it offers a greater range for enjoyment and appreciation than, possibly, any other purely sensory thing.