Greenville will surprise you, engage you, charm you, and delight you 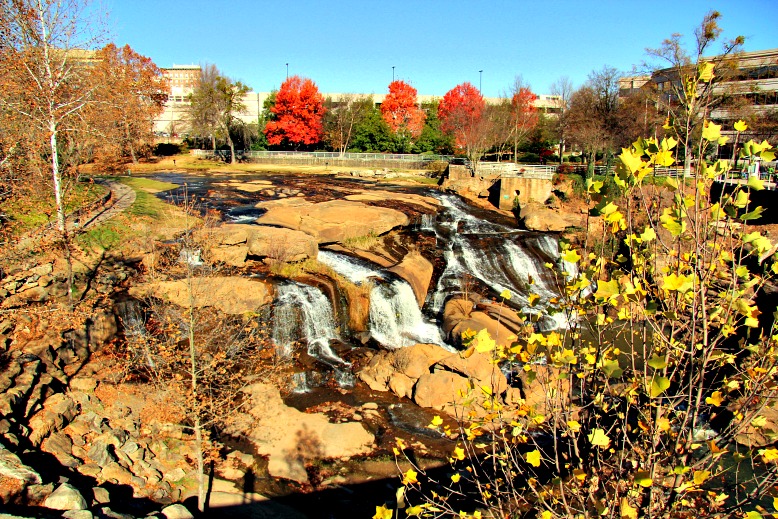 Located in the in the foothills of the Appalachian Mountains, South Carolina’s Upcountry packs plenty of alpine splendor. For starters, it’s home to the highest waterfall east of the Rockies—411-foot Whitewater Falls.

As the hub of the Upcountry, Greenville has been finding its way onto many national Top Ten lists for its lively arts scene, its modern downtown, and its job market. With a metro­­politan population pushing half a million, this is one of America’s fastest growing cities.

Greenville owes its existence to the 28-foot falls on the Reedy River that powered 19th-century textile mills, making it the “Textile Center of the South.”

Known for its exceptional beauty, the two most distinctive natural features of downtown Greenville are its lush, tree-lined Main Street and the stunning Reedy River Falls, located in the heart of Falls Park.

Far more than a nature lover’s paradise, Falls Park on the Reedy, located in downtown Greenville’s Historic West End, is one of Greenville’s greatest treasures. The park serves as an oasis within the city—a place where people gather to work, play, and celebrate life. The multi-use facility lends itself to a wide variety of activities for people of all ages and interests.

It took 40 years of cleaning after the mills closed to make Falls Park into a regional jewel, crowned by the award-winning Liberty Bridge for pedestrians that was designed by architect Miguel Rosales with a distinctive curve as it pitches toward the falls.

At 345 feet long, 12 feet wide, and 8 inches thick, the concrete reinforced deck is supported by a single suspension cable. The deck’s distinctive curve has a radius of 214 feet and it is cantilevered toward the waterfall from supporting cables on the outside. The bridge deck also inclines 12 feet or 3 percent from east to west over the river.

Below the bridge the Reedy River Falls is the site where Greenville’s first European settler, Richard Pearis, established his trading post in 1768. Later he built grist and saw mills at this same location which was the hub of early industry in Greenville until the 1920s.

The vibrant Greenville downtown scene is anchored by the $42 million Peace Center for the Performing Arts, which includes a concert hall for the symphony orchestra, a performance theater, and an amphitheater. Among the city’s several historic districts, the West End has developed into one of the Palmetto State’s most eclectic art districts, with buildings adapted for studio space and galleries.

Other attractions within Greenville include a zoo with more than 200 animals and the Roper Mountain Science Center, which features an observatory, Sealife Room, living history farm, Discovery Room, chemistry/physic shows and a planetarium.

Also, at Bob Jones University is the Gallery of Sacred Art and Bible Lands Museum Planetarium. This unique attraction brings science and religion together with its extraordinary collection of religious art and biblical antiquities.

Fluor Field in the West End is home of minor league baseball’s Greenville Drive, an affiliate of the Boston Red Sox. The park features a 30-foot replica of the “Green Monster” the mythic left-field wall found in the parent club’s Fenway Park. Across the street is a museum devoted to slugging hometown diamond hero Shoeless Joe Jackson.

The Drive nickname is a nod to BMW Manufacturing’s Greenville-area plant, the German automaker’s only production facility in the United States. The BMW Performance Center offers drivers a one-of-a-kind challenge in sliding and cornering on a wet/dry course, off-road course, and performance drive courses.

Table Rock, Jones Gap, Paris Mountain, and Caesars Head state parks all deliver Blue Ridge Mountain adventure in Greenville’s backyard as the Appalachians tumble into the flatlands of the Piedmont region. South Carolina Highway 11, the Cherokee Foothills National Scenic Byway, traces this dramatic break of the Blue Ridge Escarpment with its abundance of waterfalls. Along the route, Lake Keowee, created as a power utility project, serves up over 300 miles of shoreline for boaters and fishermen.

We spent a delightful week at Ivy Acres RV Park, an adult only (45+) park with full-hook-ups including 50/30/20-amp electric service and Wi-Fi available at site. Located on 80 acres of beautiful rolling countryside on the Saluda River, Ivy Acres is like a state park. We would return in a heartbeat. 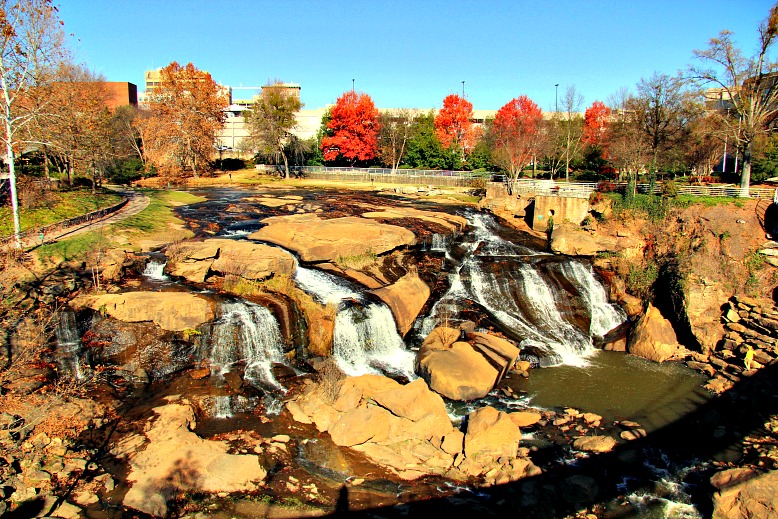 The process of choosing the places I’m most excited about this coming year, narrowing down the field was easier said than done.

In this pursuit I kept coming back to cities that made surprisingly compelling cases for a visit in an RV. A handful of cities have been flying under the radar, quietly upping their games, making 2019 a great year to visit.

While food scenes will flourish and breweries will boom, it’s all the more impressive when a city manages to stick to its roots and do whatever it does best—be it natural resources or bourbon or cattle or history and culture.

So by all means, head to a mountain retreat or your favorite theme park if the spirit moves you. If not, here are three underappreciated cities that offer the RV traveler just as many unique opportunities as well known and crowded locations with a more relaxed atmosphere.

Great weather, a business-friendly environment, and exciting events are putting Greenville on the map.

It doesn’t have the hipster buzz of towns like Asheville and Charleston, but Greenville, South Carolina is on the up-and-up. To make it “the most livable and beautiful city in America,” Greenville’s multi-term mayor has pushed through incredible civic initiatives, creating low-rent artist studios along the Reedy River and trading a highway in favor of a pedestrian bridge overlooking Falls Park.

Miles and miles of hiking and biking trails call for exploration and 300 days of great weather invite exciting food and music festivals to take over the city. Signature fests include Euphoria, a four-day food-and-wine fest in September (19-20, in 2019), and Artisphere, a mid-May (May 10-12, in 2019) blowout when dozens of art and food vendors descend on the main drag.

This “Bourbon Capital of the World” is home to six notable distilleries. Kentucky’s “Official Outdoor Drama,” one of the country’s most highly regarded Civil War museums, and one of the most recognized structures in America at Federal Hill, better known as My Old Kentucky Home.

You can visit the distilleries of your choice for tours and tastings, including Barton 1792 and Willett. Begin or end your Kentucky Bourbon Trail journey here.

After sampling America’s native spirit, you’ll be wowed by professional outdoor theater at “The Stephen Foster Story”. And you’ll be wooed by the romance of rail travel with an elegant four-course meal aboard the vintage My Old Kentucky Dinner Train as it rolls through Bourbon Country.

You’ll be charmed by themed railroad excursions, including train robberies and Thomas the Tank Engine, at Kentucky Railway Museum. And at the Oscar Getz Museum of Whiskey History you’ll be amused by such curiosities as a whiskey container shaped like King Tut, a whiskey bottle with combination lock to keep servants from swigging on the sly, and whiskey advertisements like one noting it “blots out all your troubles.”

We discovered a fanciful cache of history and culture in the Central Texas community of La Grange, a town steeped in German and Czech culture. Much of the town history is encased in rich foundations and dignified old architecture laid in the late 1800s. The three-story Fayette County Courthouse is masonry and stone Romanesque Revival structure with a clock tower over the main entrance.

Though many of the original buildings in La Grange are more than a century old, a number of them have been renovated and serve as creative outlets, blending history and modern-day function. The Texas Quilt Museum opened November 2011 in a two historic 1890s buildings, which provide a stunning showcase for both antique and contemporary quilt art with their high ceilings, brick walls, and original hardwood floors.

“My favorite thing is to go where I have never been,” wrote photographer Diane Arbus, and so it is with us.