The Hall of Fame slugger, known as much for his graciousness as his 755 home runs, died at age 86 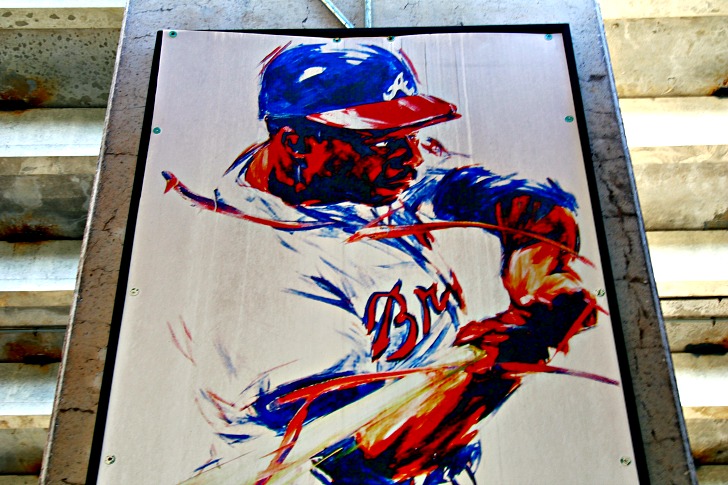 Baseball is but a game. The consequences of wins and losses are trivial but for the emotions of joy and sadness they leave on their fans. Those who play it well are renowned for their ability at this skill-specific endeavor. They are master craftsmen. When age and illness take them, we lose part of our youth and hold onto the memories of how they could excel in their sport.

Among the nearly 20,000 Major League Baseball players, Hank Aaron was one of the very few who transcended the game. He was bigger than baseball. He was a beacon for civil rights, of humility, and of honest work ethic. The Braves organization announced his death at age 86 on Friday (January 22. 2021).

Aaron was one of the best to ever play this game. Aaron died as the all-time home run leader, at least among all players who played the game fairly. No one ever combined hitting for average and power over a more sustained period. Aaron played 23 seasons. He came to the plate almost 14,000 times. He hit .305 with 755 home runs and 6,856 total bases—more than 700 total bases beyond everyone else. The gap between Aaron and No. 2 on the list, Stan Musial, is more than 12 miles worth of bases.

Yet the numbers, great as they are, do not tell the story of the impact of Aaron. He is the most important baseball player in the 74 years since Jackie Robinson stepped on the diamond at Ebbets Field in Brooklyn in 1947. It was also that Aaron conducted himself with hard work, class, and humility.

Even when his glory days as a player were over, Aaron continued to dedicate himself to unselfishness, to helping others. He was a longtime executive with the Braves who grew the team’s minor league system. He established Chasing the Dream, a foundation that provides grants to children age nine to 12 to seek advance study in arts, music, dance, and sports.

In Mobile, Alabama, a home museum and a stadium complex honor Hank Aaron. Any time a famous figure’s childhood home is relocated to serve as a museum, you know that person is important. It’s even more compelling to learn that Henry Louis Aaron’s home is the only one ever relocated to honor a professional athlete.

The Hank Aaron Childhood Home and Museum is the original Aaron family home built by Hank’s Dad, Herbert, in 1942. Originally, 25 feet by 25 feet, it consisted of just three small rooms. Later additions in 1962 and 1972 expanded it to its current seven rooms.

Hank’s mother, Estella lived in the home from 1942 to 2007. In 2008 it was moved from its original location to Hank Aaron Stadium. In 22 months it was restored to its original glory with the Grand Opening being held on April 14th, 2010. Seven MLB Hall of Famers and the Commissioner of MLB Bud Selig were in attendance.

In 2013, the Hank Aaron Childhood Home and Museum was voted the 8th Best Baseball Museum in the Country—that directly speaks to the legacy of Hank Aaron. Memorabilia for this Museum comes directly from Hank Aaron, the National Baseball Hall of Fame in Cooperstown, the Louisville Slugger Museum, and the Negro League Museum.

“Hank” Aaron was born on February 5, 1934, in Mobile. He was the third of eight children. His family could not afford baseball equipment so he used materials found on the streets—mostly bottle caps and sticks. His boyhood idol was Jackie Robinson who in 1947 became the first African-American to play baseball in the major leagues.

Aaron’s high school had no organized baseball team, so as a teen, he played outfield and third base for the semi-pro Pritchett Athletics and then for the Mobile Black Bears. As a junior in high school, he earned $3 a game, the equivalent of about $30 today. Aaron quit school, and by 1952, when he was 18, he was playing for the Negro League’s Indianapolis Clowns, earning $200 a month. He also received harsh lessons as a black man in a white society.

Breakfasting with the Clowns one morning in Washington, D.C. in a restaurant behind Griffith Stadium he was more than startled “hearing them break all the plates in the kitchen after we finished eating,” he later wrote. “What a horrible sound. Even as a kid, the irony of it hit me: Here we were in the capital in the land of freedom and equality and they had to destroy the plates that had touched the forks that had been in the mouths of black men. If dogs had eaten off those plates, they’d have washed them.”

To endure that kind of prejudice, he needed great mental strength, a quality he believed came from his parents. They instilled into their children “Faith in God, personal integrity, dignity, and a humble spirit,” according to a plaque in the museum.

In 1953 Aaron was playing for the Jacksonville (Florida) Tars in the South Atlantic League. The team’s new owner, Samuel W. Wolfson, replaced the Tars with a minor league club named the Jacksonville Braves which was affiliated with the Boston (soon to be Milwaukee) Braves. Wolfson brought in Aaron and two other black players thus integrating the team for the first time. At the end of the season, the 19-year-old was named the league’s Most Valuable Player.

Then the call came from the majors. During a spring training game in March 1954, Milwaukee Braves left fielder Bobby Thomson fractured his ankle. The next day, Aaron made his first spring training start for the Braves. The new left fielder even hit a home run that day. Aaron signed a major league contract on the final day of spring training and was given a Braves uniform with the number 5.

Back in those days, I was a huge baseball fan. First, a big fan of Ted Williams and the Boston Red Sox and am still partial to the Red Sox. Then a big fan of Hank Aaron and the other stars of the Milwaukee Braves—pitchers Warren Spawn and Lew Burdette, catcher Del Crandall, third base Eddie Mathews, and first base Joe Adcock.

Failure is a part of success.