From the Chattahoochee National Forest to the still waters of steamy swamps and coastal seashore, there’s so much to explore in Georgia 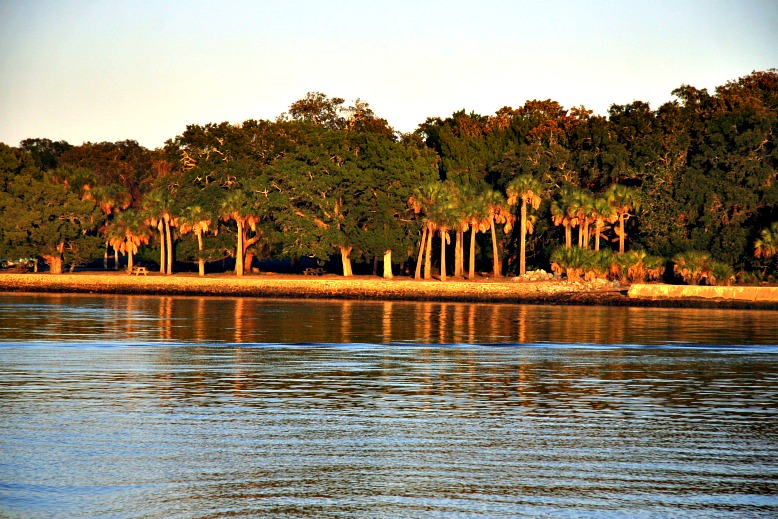 Cumberland Island National Seashore is a spectacular National Park Service-managed national seashore located along Cumberland Island. The seashore is only accessible via boat from the park’s visitor center in the nearby mainland town of St. Mary’s. Stunning sand dune, salt marsh, and freshwater lake habitats are preserved throughout the seashore area which also includes the 9,886-acre Cumberland Island Wilderness and several historic sites related to the Carnegie family.

Seashore visitors may bring their own bikes to the island or rent bikes from the Sea Camp Dock for daily exploration. Overnight camping is offered at the park’s public campsites, including a full camping area with restrooms and facilities. Back on the mainland, the Cumberland Island National Seashore Museum showcases exhibits on the region’s indigenous history and Antebellum-era plantations.

Wander among the pines at Laura S. Walker, an oasis where you can enjoy the serene lake, play rounds on a championship golf course, and stroll along the trails and natural communities in this southeast Georgia haven. Located near the northern edge of the mysterious Okefenokee Swamp, this park is home to many fascinating creatures and plants including alligators and carnivorous pitcher plants.

Walking or biking along the lake’s edge and nature trail, visitors may spot the shy gopher tortoise, numerous oak varieties, saw palmettos, yellow shafted flickers, warblers, owls, and great blue herons. For years, the lake has remained popular with boaters, skiers and jet skiers, but recently the area has become a hit with bass and crappie anglers.

Stephen C. Foster State Park spans 80 acres anchored around the gorgeous Okefenokee Swamp. The park, which is located within the broader 402,000-acre Okefenokee National Wildlife Refuge, was designated as an International Dark Sky Park in 2016 to protect its unique and sensitive swamp ecosystem.

Park visitors can canoe, kayak, and boat on the Spanish moss-lined swamp’s waters or embark on guided fishing and boating tours. Wildlife watchers can enjoy chances to catch glimpses of the park’s population of more than 12,000 American alligators along with black bears, deer, herons, wood storks, and red-cockaded woodpeckers. Exhibits on the park’s wildlife are showcased at its Suwannee River Visitor Center which also offers interpretive programming.

Vogel State Park is a 233-acre state park that was one of Georgia’s first two state parks at its founding in 1931. The park which is located within the Chattahoochee National Forest at the base of the impressive Blood Mountain is also one of Georgia’s highest-altitude parks sitting at elevations of over 2,500 feet above sea level.

Four hiking trails of varying difficulty offer opportunities to observe spectacular Blue Ridge Mountains scenery year-round, most popular during the autumn months as leaf-watching routes. A public visitor center museum focuses on the park’s history and construction by the Civilian Conservation Corps with features detailing the park’s connection to the Great Depression. A 22-acre lake is also open for boaters along with a seasonal swimming beach available to visitors of all ages throughout the summer months.

Wander among the pines at Laura S. Walker, the first state park named for a woman 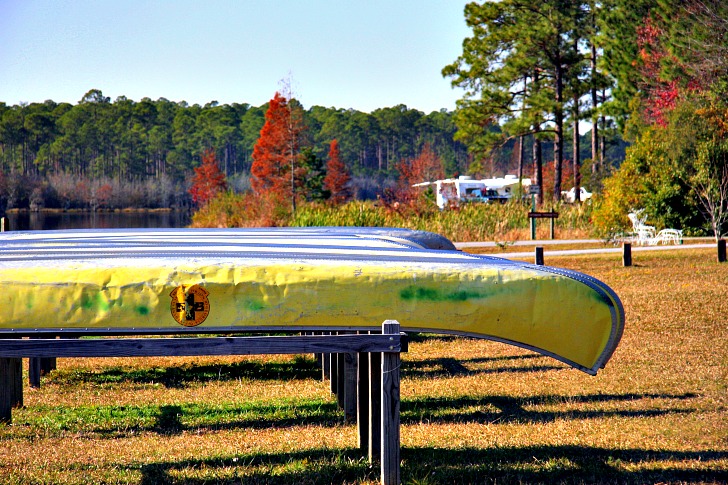 Situated deep in South Georgia just outside of Waycross and a short drive from the Okefenokee Swamp, this grass-filled blackwater lake sprawls for roughly 120 acres inside of the beautiful Laura S. Walker State Park.

Laura S. Walker State Park is home to many fascinating creatures and plants including alligators and carnivorous pitcher plants. The park is an oasis that shares many features with the unique Okefenokee Swamp where you can enjoy the serene lake, play rounds on a championship golf course, and stroll along the trails and natural communities in this southeast Georgia haven.

The Lakes, a championship 18-hole golf course, features a clubhouse, golf pro, and junior/senior rates. Greens are undulating rather than tiered. Each fairway and landing area is defined with gentle, links-style mounds that accent the course’s three large lakes.

The park’s namesake was a Georgia writer, teacher, civic leader, and naturalist who loved trees and worked for their preservation. Laura Singleton Walker was born in Milledgeville, Georgia in 1861. She was both an author and a conservationist. Her friends included military and community leaders as well as presidents and governors. Her civic works and commitment to helping the environment led her to outline a forestry activity program that made many local conservation and beautification projects possible.

She worked to educate the public about the importance of protecting the environment and maintaining forestry programs. She also had the distinction of being the only living person with a state park named in her honor. Ms. Walker worked tirelessly throughout Ware County and the surrounding areas until her death in 1955 at the age of 94.

The park is designed to allow visitors to get the most out of the time they spend in nature. For those who want to see wildlife, they won’t be disappointed. The park is home to owls, great blue herons, gopher tortoises, alligators, and many other animals. It also hosts a variety of activities each year with the Friends of Laura S. Walker State Park volunteering their time to maintain the area and perform fundraisers.

For years, the lake has remained popular with boaters, skiers, and jet skiers, but during the last couple of years the area has become popular with bass and crappie anglers.

Ranger Dave Jordan has been with the Department of Natural Resources for 25 years. He was appointed as the Ranger of Laura S. Walker State Park several years ago. He says, “One of the greatest opportunities we have at this park is to continue our public outreach to the folks in the community.”

Ranger Jordan relies on the Friends of the Laura S. Walker State Park to volunteer their time and help raise money that is needed to cover the extras. They meet on the first Monday night of the month. The Friends group raises money, purchases needed items, and donates them to the park.

In 2017, the park received the Certificate of Excellence from TripAdvisor and is well-known throughout the area for its amenities and friendly staff.

The park is located at 5653 Laura Walker Road in Waycross, Georgia.

If the simple things of nature have a message that you understand, rejoice, for your soul is alive.