Stand at a cultural crossroads in Louisiana’s first state park 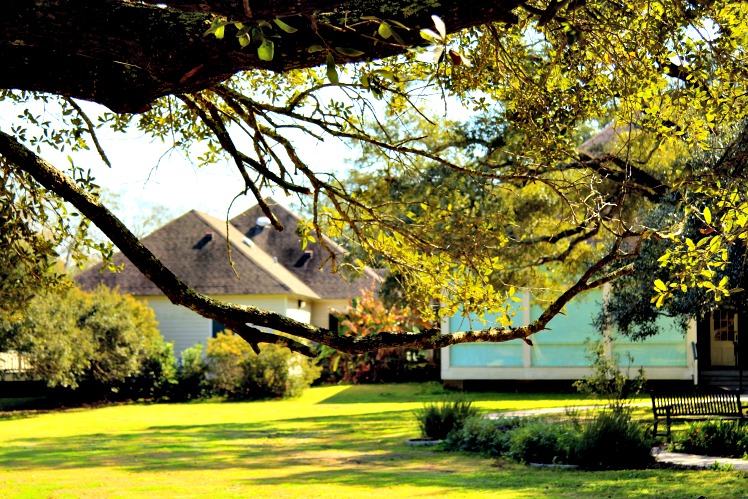 It’s not often that a poem can awaken the public to the history of an entire culture but Evangeline, A Tale of Acadie has done just that. Henry Wadsworth Longfellow’s 1847 epic poem tells of an Acadian woman named Evangeline who was separated from her beloved Gabriel during the Acadians’ expulsion from Nova Scotia (circa 1755). The poem’s popularity taught Americans about the people known today as Cajuns who moved to Louisiana from eastern Canada over 260 years ago. In Louisiana, the story is also known through the poem’s local counterpart, Acadian Reminiscences: The True Story of Evangeline written by Judge Felix Voorhies in 1907.

Longfellow-Evangeline State Historic Site, the first in the Louisiana State Parks system, honors the story of Evangeline and the author who made her famous. The main attraction here is Maison Olivier, a Creole plantation built around 1815 that once grew indigo, cotton, and sugar. Sitting on the banks of Bayou Teche (pronounced “tesh”) on the northern edge of St. Martinville, Maison Olivier features a mix of French, Creole, and Caribbean architectural influences that were typical of the early 1800s.

Enjoy sweeping views of the Bayou Teche and the surrounding landscape from the long veranda that stretches across the second floor of the big house. The blacksmith shop and visitor center which contains an outstanding museum are nearby and walking down the path towards the bayou you’ll find the Acadian farmstead that includes a kitchen and barn. All are open for group tours that can be arranged at the visitor center.

Longfellow-Evangeline State Historic Site explores the cultural interplay among the diverse peoples along the famed Bayou Teche. Acadians and Creoles, Indians and Africans, Frenchmen and Spaniards, slaves and free people of color, all contributed to the historical tradition of cultural diversity in the Teche region. French became the predominant language and it remains very strong in the region today.

An Acadian Cabin vividly illustrates how different the lives of the Acadians and Creoles were. Prior to the arrival of the Acadians, or Cajuns, in 1764, the Bayou Teche area had already begun to be settled by the French. Many of these settlers were descendants of the first wave of French settlers in Louisiana. They are sometimes called “Creoles,” meaning native since they were born in colonial Louisiana.

Once part of the hunting grounds of the Attakapas Indians, this site became part of a royal French land grant first used as a vacherie or cattle ranch. When the grant was sold and subdivided, this section was developed as an indigo plantation. In the early 1800s, Pierre Olivier Duclozel de Vezin, a wealthy Creole, acquired this property to raise cotton, cattle, and eventually, sugarcane.

He built the Maison Olivier, the circa 1815 plantation house which is the central feature of Longfellow-Evangeline State Historic Site. His son, Charles DuClozel Olivier, inherited the property and made improvements to the home in the 1840s. Under his management as a sugar planter, the plantation attained its greatest prosperity.

The structure is an excellent example of a Raised Creole Cottage, a simple and distinctive architectural form that shows a mixture of Creole, Caribbean, and French influences. The ground floor walls, 14 inches thick, are made of brick from the clays of the adjacent Bayou Teche. The upper floor walls consist of a mud and moss mixture called “bousillage” which is placed between cypress uprights.

The house is furnished with a variety of pieces dating to the mid-19th century. The landscape surrounding the home includes native and exotic fruit, nut, and shade trees. Near the Maison Olivier is a barn constructed in the 1820s near Grande Cote. The pasture is home for horses typical of a type common in this area in the 19th century.

In 1934, the property became the first park of the Louisiana State Parks system. In 1974, Maison Olivier was designated a National Historic Landmark.

There are numerous more ways you can get up close to Cajun culture in St. Martinville. The city itself is historical being the third-oldest in Louisiana. Evangeline Oak Park centers on an ancient live oak tree on the Bayou Teche that has been the most visited spot in St. Martinville since the late nineteenth century. The tree is named for the heroine of Henry Wadsworth Longfellow’s poem Evangeline. Take a stroll along the Boardwalk where you can observe local flora and fauna including an ancient cypress tree and an occasional alligator.

Adjacent to Evangeline Oak Park, the Acadian Memorial and the Cultural Heritage Center houses the African-American Museum and the Museum of the Acadian Memorial. Listen to the story of Evangeline under the Oak, visit St. Martin de Tours Catholic Church, and the Maison Duchamp to learn about St. Martinville’s history and development. The Historic District boasts of 50 historic landmarks/sites and registered historic buildings in downtown St. Martinville. Many of the sites continue to host local businesses such as gift shops and cafes.

Another town worth visiting is New Iberia, where you’ll see the Bayou Teche meandering through its picturesque downtown and plenty more historical homes. Avery Island, home to the TABASCO hot sauce factory and the nature preserve known as Jungle Gardens are other attractions worth seeing in southern-central Louisiana. And, Lafayette, the capital of the region known as Acadiana whose wide selection of restaurants will guarantee you won’t go home hungry.

Admission/Entrance Fees: $4 per person; free for seniors (62 and older)