Lyme disease can be a crippling condition for many individuals 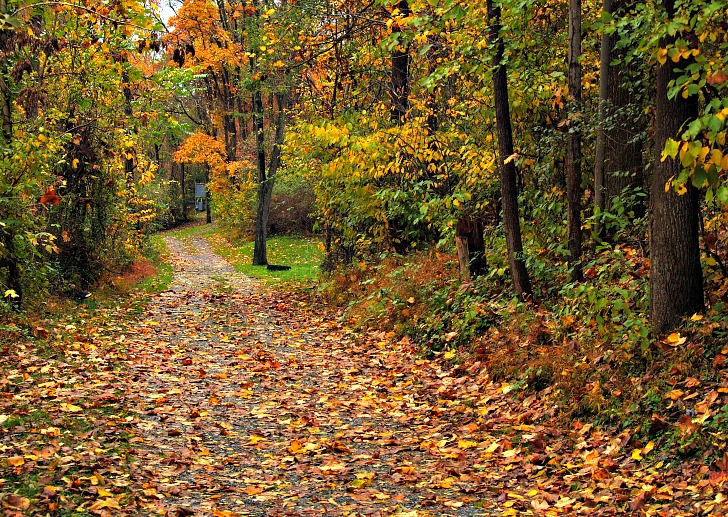 What is Lyme disease?

The origins of Lyme disease, or borreliosis, are widely disputed. From what I understand, it was first recorded in the 1970s in Lyme, Connecticut. In 1982, the spirochete bacteria that causes Lyme disease was discovered by Willy Burgdorfer and was named Borrelia burgdorferi. Since then, the rate of Lyme disease has grown and now Lyme disease is the most prevalent tick-borne illness in the United States and Canada.

According to the Centers for Disease Control and Prevention (CDC), there are nearly 500,000 people diagnosed with Lyme disease every year. Many natural health practitioners believe that Lyme disease and other tick-borne pathogens are grossly under-diagnosed and frequently missed. One 2018 study published in Healthcare (Basel, Switzerland) suggests that 12 percent of Americans could have been infected with Lyme by 2015, some 55 million people. To say this chronic illness is on the rise is an understatement.

Lyme disease can have devastating consequences on the body because it tends to create systemic inflammation, hinder immune function, and potentially trigger autoimmune disease and chronic illness. Oftentimes, these patients are so immune-suppressed that their bodies can’t fight other infections they’re exposed to.

There’s a wide range of symptoms for those struggling with tick-borne illness. Symptom manifestation can vary with each individual. If caught early, Lyme disease and other tick-borne pathogens can be treated relatively quickly. If left undetected, various chronic health concerns can arise, potentially contributing to a systemic inflammatory response, autoimmune disease, and chronic illness.

Many people who contract Lyme disease don’t recall having a tick bite because ticks can be so small. Furthermore, erythema migrans, the classic bulls-eye rash, are only reported about 70 percent of the time. Due to unreliable diagnostic criteria, these infections are also easy to miss on the frequently used laboratory tests.

As mentioned, an erythema migrans rash doesn’t show up in at least 30 percent of Lyme cases. When it develops, it’s usually within 3 to 30 days after the initial bite. The rash starts relatively small and gradually expands over many days. It can reach diameters of up to 12 inches or more and appear on any area of the body. Sometimes, the skin clears as the rash enlarges, becoming a bull’s-eye shape.

Why is Lyme disease difficult to treat?

Lyme disease is a dreaded health condition because it’s difficult to treat. This is because Borrelia burgdorferi Spirochetes can easily change their form and adapt to treatment methods, especially antibiotics. These forms are known as persisters because they can take on various sizes and shapes, changing from well-known forms to altered morphologies.

Many believe that Lyme disease becomes chronic because a round of antibiotics is often an insufficient treatment and Borrelia can adapt in the face of antibiotics. This is why a functional, holistic approach can be valuable.

In addition to Borrelia Burgdorferi, ticks carry many pathogens including bacteria, parasites, and viruses that can contribute to acute and chronic illness. Listed here are some of the most common tick-borne illnesses and co-infections associated with Lyme. There are many more. With many overlapping symptoms, it’s sometimes difficult to ascertain exactly what an individual is dealing with.

Related: The Ultimate Guide to Keeping Mice Out of an RV

Anaplasmosis: An infection caused by Anaplasma phagocytophilum that presents with flu-like symptoms and can be fatal if left untreated.

Rickettsiosis: Rocky Mountain Spotted Fever is included in this group of infections and can be contracted anywhere in the United States. Common symptoms include fever, body aches, stomach pain, nausea, vomiting, and headache. It causes a red rash on the palms of the hands in 50 to 85 percent of people.

Related: Camping Awareness: Wildfire Safety Tips That Could Save Your Life

How to prevent Lyme disease?

Like any disease, Lyme disease is best avoided. While many of the most common diseases today can be held at bay with proper diet and exercise, Lyme disease requires special precautions to avoid the ticks that spread it.

Ticks usually hang out in wooded areas with lots of shrubs, tall grasses and weeds, and leaf litter. Ticks will attach themselves to whoever brushes by. When hiking or walking in nature, stay in the middle of the path and avoid contact with the low-lying brush. Wearing light-colored clothing and long pants provides a protective barrier for the skin against ticks. Tuck pant legs into the socks to safeguard this barrier.

According to the CDC, the areas with the highest occurrence of Lyme Disease are in the Northeast and include the states along the Atlantic seaboard from Maine in the north to Virginia in the south and Minnesota and Wisconsin in the Midwest.

Conventional recommendations to use DEET to deter ticks may prove helpful to avoid tick bites. Using essential oils in insect repellent sprays and embedded into flea and tick collars on pets is effective and safe. Research indicates that lemon eucalyptus is also a strong tick deterrent and can be as effective as DEET.

Some services spray your yard with garlic oil which is a natural tick deterrent. Many who live in Lyme endemic areas find this protective measure vitally important in preventing tick-borne pathogens from infecting their loved ones and pets.

An obvious, but sometimes overlooked step in avoiding tick-borne illness is conducting proper tick checks when coming inside after time in nature. This should be done very thoroughly, looking in all areas of the body, especially creases.

It is helpful to use a magnifier and a flashlight to be able to spot a tick since many are the size of a poppyseed.

How to properly remove a tick?

Removing an attached tick as soon as you find it is imperative to preventing illness because the longer ticks are attached, the greater their propensity to transmit pathogens. To remove an embedded tick, use a pair of needle-nose tweezers to grasp the tick as close to the skin as possible. Pull upward with steady, even pressure. Twisting or jerking can cause mouthparts to remain embedded in the skin.

There are various tick removing instruments on the market as well, follow the instructions for the specific instrument when removing a tick with it. Once the tick has detached, examine the bite site to ensure the mouthparts were completely removed. Wash your hands with soap and water.

The lavender essential oil has powerful antimicrobial properties and may help kill pathogens. You can apply it (diluted in a carrier oil or neat, depending on the sensitivity of the skin) every five minutes for the first 30 to 40 minutes after removing the tick.

After removing the tick, it should be placed in a sealed plastic bag with a moist paper towel or cotton ball for proper pathogen testing. Testing a tick can provide insight into infections you may have been exposed to. Any tick-borne pathogen is important to treat as soon as possible so that chronic infection doesn’t set in, regardless of how the tick tests. TickReport and IGeneX offer reliable tick testing. Keep in mind that a tick-testing positive is not a guarantee of infection. If you don’t wish to test the tick, place it in a piece of tape and throw it away—preferably outside of the home.

I know runners who have suffered a tick bite and ended up with Lyme disease. I’ll take an angry moose any day.