The wild and scenic Mokelumne River, gold rush history, and quaint historic towns that beckon around every turn and you have a road trip waiting to happen 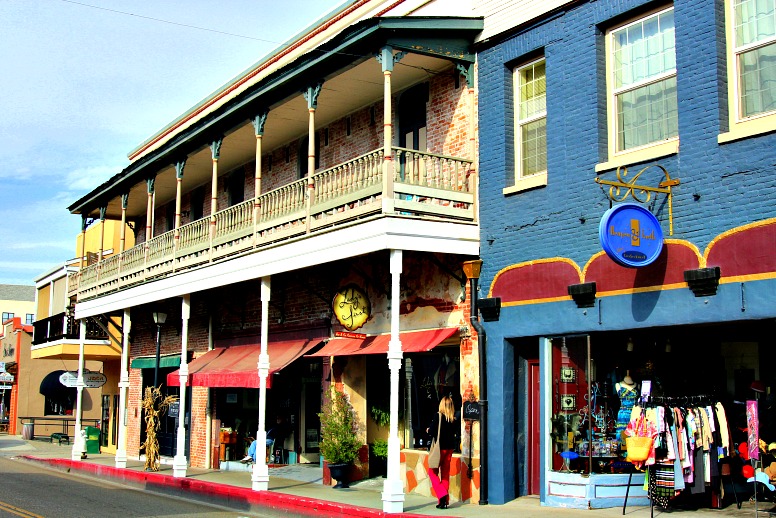 The Mokelumne River stretches almost 100 miles from its headwaters in the Sierra as it flows west to merge into the Sacramento Delta just west of Lodi. The river is divided into the Upper Mokelumne River which stretches from the high Sierra to Pardee Reservoir in the foothills and the Lower Mokelumne River, the section of the river below Camanche Dam to the Delta. In its lower section, the Mokelumne is heavily employed for irrigation and water for the east Bay Area through the Mokelumne Aqueduct. The river bisects Amador and Calaveras counties especially beautiful this time of year.

Conveniently located in the heart of Gold Country, we used Jackson Rancheria RV Resort as our home base to explore this part of the Mother Lode. New in 2008, the RV resort is part of a casino complex. Even if you’re not a fan of the casino scene you’ll love this 5-star resort. Big rig friendly 50/30-amp electric service, water, sewer, and cable TV are centrally located. Wide, paved interior roads with wide concrete sites. Back-in sites over 55 feet with pull-through sites in the 70-75 foot range. Reservations over a weekend are required well in advance.

From Jackson Rancheria Casino RV Resort we drove southwest 4.5 miles to Jackson. Jackson is a vibrant old and new town with quaint Main Street preserving gold rush history with a variety of cute shops and eateries.

The early gold rush camp turned city was, like so many other gold rush towns along California Highway 49, destroyed by a raging fire in 1862. The city was rebuilt with as many as forty-two of those Civil War era buildings still standing today on and around Jackson’s Historic Main Street. At the turn of the 19th century Jackson had about 3,000 residents with three churches, three newspapers, four hotels, five boarding houses, two candy factories, cigar and macaroni factories, eight physicians, and two dentists.

Once the richest mining area in the Mother Lode, Jackson also has ties to the lumber industry and wineries of Amador County. The area’s rolling foothills are checkered between tall golden grass, oak trees, and thousands of acres of grapevines, and Plymouth close by is now famous as one of California’s favorite places to go for a wine tasting tour.

In addition to wine tasting, Jackson is full of unique gift shops, antique shops, restaurants, museums, parks, and historical sites like the Kennedy Gold Mine and the former home of Armstead C. Brown, now the Amador County Museum. Stop at the National Hotel at the south end of Main. Built in 1852 and visited by many noteworthy guests over its history, the hotel was extensively renovated a few years ago.

Visit the old Kennedy Mine and the historic Kennedy Mine Tailing Wheel #4 north of town on Highway 49 for a quick dose of early mining history. At 5,912 feet, it is one of the world’s deepest gold mines. The Kennedy has approximately 150 miles of underground tunnels, a great deal of surface equipment which once included the famous Jackson Gate elevator wheels and miles of flumes. The total production was $34,280,000. The Kennedy was closed in 1942 by order of the government while in full production.

From Jackson we followed Highway 49 south for 7.5 winding miles to the wonderful old town of Mokelume Hill. Just outside Jackson, you can detour down Middle Bar Road back to the river to find wildflowers. Just before crossing the Mokelume River you’ll detour east on Electra Road along the river for more wildflower sightings.

Hiding in Calaveras County is a sleepy little Gold Rush town that flies under the radar for most people. Mokelumne Hill is the western-most Gold Rush era town in Calaveras County and boasts a charming, historic Main Street which is accessed off the highway. The village of Mokelumne Hill nestles on a small flat at an elevation of approximately 1,500 feet surrounded by hills and within a few miles of the river. “Moke Hill,” named for the Mokelumne River, sits high above the river with a variety of well-preserved buildings dating to the 1860s.

Few people realize that Mokelumne Hill was actually one of the richest mining towns in the state during the Gold Rush. So much gold was found in the town’s surrounding hills that miners were restricted to claims of just 16 square feet.

Visit the Leger Hotel—a portion of the building served as the Calaveras County Courthouse from 1852 to 1866 but when the courthouse was moved to San Andreas, George Leger made it part of his hotel. Fire damaged the building and it was restored in 1879, renamed the Leger Hotel.

The Hotel Léger is one of only two continuously operating Gold Rush era hotels in Calaveras County. At the heart of the town’s culture it serves as friendly, local gathering place and watering hole, restaurant, hotel and event-center, and most-famous haunted building on the west side of the county. Those with the interest and courage are encouraged to pick up a ghost-hunting kit from the front desk for an impromptu ghost-hunt. The Whitewater Grill and Saloon is the premiere restaurant and saloon in town and well-worth a visit for surprisingly inexpensive fine-dining.

Mokelumne Hill was known as one of the most violent, bawdy towns in the Mother Lode. As the gold played out, Mokelumne Hill shrunk from a wild and woolly 15,000 to a quiet historic village. Take the time to walk the historic blocks of Moke Hill and you will feel the ghosts of gold rush days.

Tourism has become a new industry to the town. Many of the early homes on the hillsides and the historic buildings downtown have withstood the boom and bust economy of the gold regions of the west.