This might just be the “Best Little Day Trip in Texas.” 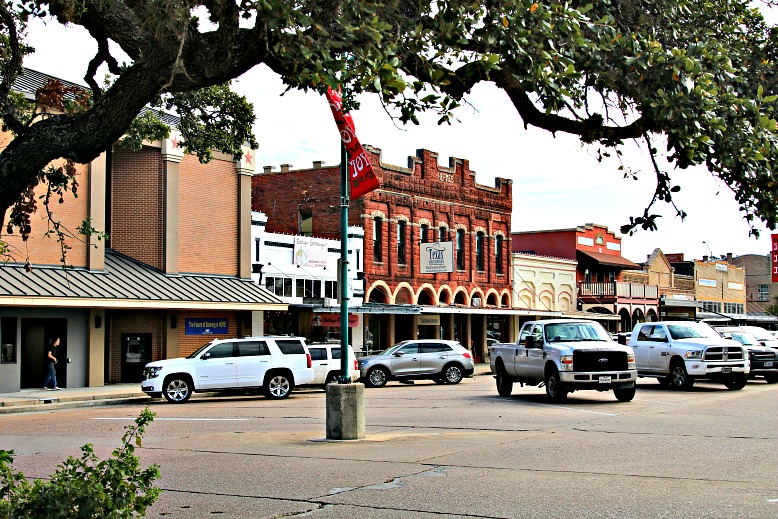 Etched in the eroded headstones in the city cemetery and the cemeteries at the nearby “painted churches”—quaint little chapels with exquisite, spangled interiors—are the names of German and Czech immigrants who flocked to the town starting in the 1840s. With its rich heritage, it’s no surprise that La Grange is the hub for celebrating the Czech culture in Texas. Over 80 percent of the Czech Moravian families that settled in Texas at some time lived in Fayette County before they spread out across the state. La Grande is on the Colorado River between Houston and Austin on Texas Highway 71.

For starters, Czech out the Texas Czech Heritage and Cultural Center. Vitáme Vás is the Czech equivalent of “howdy” and you’ll certainly feel welcome. This museum gives visitors a feel for the culture and early days of Fayette County when thousands of Czech immigrants populated the area. The museum has clothes, relocated homes, and lots of musical instruments. Crank up the Polka, baby!

Another must-see stop is the Monument Hill & Kreische Brewery State Historic Site. Located on 40-acres of land on a bluff overlooking the Colorado River and La Grange this park holds two historic sites and a ton of beautiful nature. One site is Monument Hill honoring the Texan heroes who lost their lives in the Dawson Massacre and Mier Expedition where Texans were forced to draw beans for their lives. The other stop is the stone ruins of the Kreische Brewery, one of the oldest commercial breweries in Texas started in the 1860s and the house of the Kreische family which you can tour.

The Czech immigrants incorporated different aspects of their culture into the town, perhaps the most apparent being the architecture of the buildings standing in the town square. In the center of the Square sits the most recognizable building in La Grange, the Fayette County Courthouse the fourth structure to house county business since 1838.

This stately temple of justice was designed by 27 year old James Riley Gordon of San Antonio and constructed in 1891 at the cost of $99,407.04. The architecture of the courthouse is Romanesque Revival style which was popular during the mid to late 1800s.

Honor Texans who have served and sacrificed at the Texas Heroes Museum. The museum is in the Fayette County Old Jail that operated from 1883 to 1985. Located just off the Square, it is a beautiful Victorian Gothic rusticated limestone building that is listed on the National Register of Historic Places. Inside is a portion of an original jail cell, bunk, and a wash basin and commode combination. Sheriff’s memorabilia include badges, handcuffs, a hanging rope, Sheriff Will Loesin’s gun holster, and photographs.

Learn about the volunteers from Fayette County who were killed in the Dawson Massacre and the Black Bean Lottery and are now buried in the nearby Monument Hill State Historic Site. Learn about Texas Heroes like Sam Houston, Audie Murphy, Chester Nimitz, and Chris Kyle. See how uniforms, helmets, and other gear have changed over the years. Over 1,000 books are in the museum’s reference library.

The early Czech settlers also brought with them the kolache, an open-faced pastry traditionally prepared with a sweet filling which is now beloved across the state.

Just as the Czech koláč became “ko-lah-chee” on the tongues of Texans, kolache fillings evolved over time. Many Texans first experienced traditional kolache flavors that include poppy seed, prune, apricot, peach, and cream cheese. As the pastry grew in popularity bakers developed new flavors from lemon and pineapple to Philly cheese steak and the distinctly Texan sausage known as Klobasnikies (Pigs-in-a-Blanket) even though no kolache would contain meat in Eastern Europe.

One of the best spots to grab a kolache is Weikel’s Bakery. Here you find cinnamon rolls, strudel, cream cheese pound cake, pecan sandies, and cookies of all kinds, plus a repertoire of a dozen kolaches. The kolache is Weikel’s specialty, the shop’s motto (on the highway billboard): We got’cha Kolache.

Don’t worry—you don’t have to squeeze every flavor into one trip… Weikel’s will ship these goodies anywhere in the country!

Texas history is a varied, tempestuous, and vast as the state itself. Texas yesterday is unbelievable, but no more incredible than Texas today. Today’s Texas is exhilarating, exasperating, violent, charming, horrible, delightful, alive.