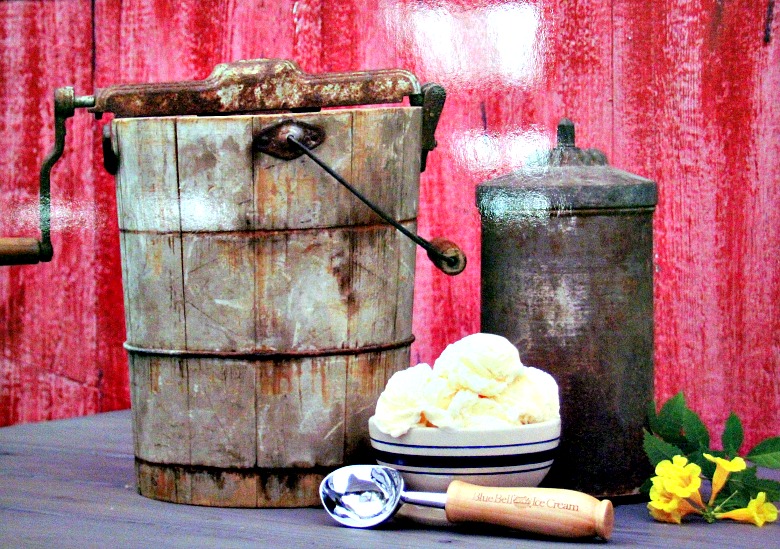 Everyone’s familiar with it—the classic, delectable treat that’s such a staple of summertime that any hot July day might feel like National Ice Cream Day.

We all scream for ice cream, especially when the frozen treat is free or cheap. Today is National Ice Cream Day and restaurants across the U.S. are celebrating with discounted ice cream desserts. It’s a perfect time to appreciate the sweet treat and its fascinating history.

As the summer reaches peak temperatures in July, Americans celebrate National Ice Cream Month as a way to cool off and enjoy the nation’s favorite frozen treat with friends and family. Ice cream has historically been a key feature of American communities.

Ice cream dates back thousands of years. It’s long been beloved by Americans and people around the world. Modern statistics show just how much people adore the dessert today.

In celebration of National Ice Cream Day, here’s a look at 12 things you probably didn’t know about the creamy summertime favorite.

Ice cream is older than you think. Alexander the Great reportedly enjoyed snow and ice flavored with nectar and honey while the Roman emperor Nero Claudius Caesar sent runners into the mountains for snow which was flavored with juice. In the 1300s, Marco Polo brought an early version of ice cream—resembling a modern-day sherbet—back to Europe after his global travels. By the late 1700s, American high society enjoyed ice cream as a delicacy. And in 1776, America’s first ice cream parlor opened in New York.

Even ice cream cones are more than a century old. During the St. Louis World Fair in 1904, a vendor ran out of ice cream cups to serve visitors. He quickly enlisted the help of a neighboring vendor who provided rolled-up waffle cones in which to serve the sweet treat—and the ice cream cone was born!

There’s a considerable amount of science behind ice cream. Ice cream contains microscopic air bubbles that keep it nice and fluffy. When it melts, the air bubbles collapse. So, if you refreeze melted ice cream, it’ll be less soft.

Ice cream is adored around the world. Americans consume a whopping 23 gallons of ice cream per person every year on average, making Americans the No. 1 ice cream consumers worldwide. New Zealand is second, followed by Australia, Finland, and Sweden.

Americans really, really, love ice cream. Eighty-seven percent of Americans have ice cream in their freezer at any given time.

American presidential history and ice cream are closely intertwined. Thomas Jefferson, while not responsible for introducing ice cream to the United States, did help popularize it. He’s credited with the first known recipe recorded by an American, and there are six references to ice cream being served at the President’s House during the Jefferson administration. In 1813, Dolley Madison served a famous strawberry ice cream dish at her husband’s second inaugural banquet.

A cow provides enough milk to make two gallons of ice cream per day—or 730 gallons per year. In fact, about 9 percent of milk produced in the U.S. is used to make ice cream.

According to the International Dairy Foods Association (IDFA) ice cream companies help support the U.S. economy, contributing more than $11 billion directly to the national economy and supporting more than 26,000 direct jobs that generate $1.6 billion in direct wages. In 2017, about 1.4 billion gallons of ice cream and related frozen desserts were produced in the United States.

Texas takes pride in its ice cream. And we’re not just talking about Blue Bell—though the Brenham-based brand is brag-worthy. Blue Bell fans travel from all over to see the making of their favorite ice cream. At The Little Creamery in Brenham, visitors can watch the manufacturing process from an observation deck while attendants narrate and provide fun facts and then check out the Visitors Center to read up on the company’s history and see artifacts. The self-guided tours conclude with $1 scoops from the parlor.

“We like to think of our new Key Lime Mango Tart as sunshine in a carton,” said Joe Robertson, executive director of advertising and marketing for Blue Bell. “You can taste the key lime flavor in the first bite of ice cream, but with a hint of sweetness from the mango sauce. The graham cracker pieces will remind you of eating a Key lime pie.”

The new flavor is available in half gallons and pints for a limited time in stores NOW!

I scream, you scream, we all scream for ice cream!