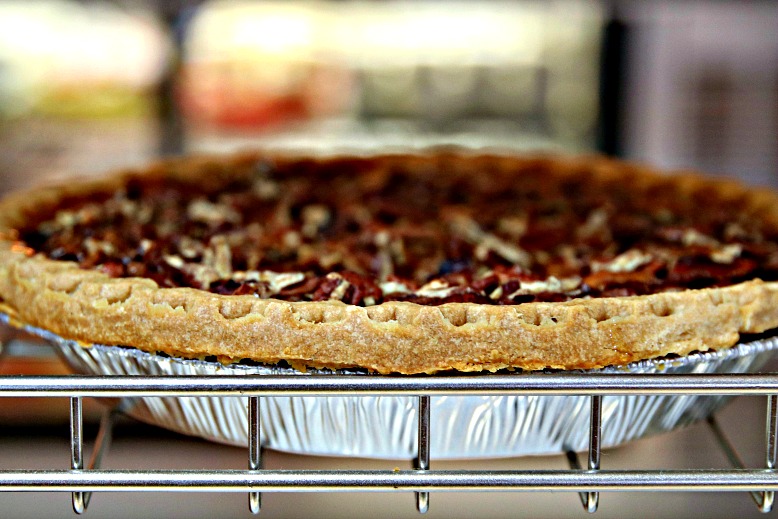 Pie, in a word, is my passion. Since as far back as I can remember, I have simply loved pie. I can’t really explain why. If one loves poetry, or growing orchids, or walking along the beach at sunset, the why isn’t all that important! To me, pie is poetry that makes the world a better place.
―Ken Haedrich, Pie: 300 Tried-and-True Recipes for Delicious Homemade Pie

Good morning. There are many things to celebrate today: National Handwriting Day, Measure Your Feet Day (I only ask….why?!), and National Pie Day!

National Pie Day is today, a January 23 holiday. Today is a special day that is set aside to bake all of your favorite pies. On this day, you are also encouraged to bake a few new pie recipes. And most importantly, it’s a day to eat pies! The American Pie Council created this day simply to celebrate them.

A great way to celebrate National Pie Day is to bake some pies and give them away to friends, neighbors, and relatives. You never know, you may be starting a tradition of pie giving between your friends and family.

National Pie Day celebrates one of America’s favorite desserts. No matter how you slice it, pie in just about any form makes a crowd happy. Fruit pies, berry pies, cream pies, pecan pies—they are mouthwatering servings of homemade goodness.

Many people think that Pie Day is March 14, but that is Pi Day—the celebration of the famous mathematical constant when people also eat pie.

It’s a holiday simply to celebrate pie, because pie so deserves to be celebrated!

I’ve been pondering pie lately and why it, perhaps more than any other food, is so endearing. Pie somehow takes us back, like old songs do, to those who remember when moments worth recalling. And why I wonder, does it seem as if the pie has become the cool kid on the dessert block … again? Trendy or not, pie satisfies our sweet tooth and carries us back in time to those fun times. It deserves its own day.

You can join the celebration by baking your pie since it’s easy as, well, pie. Or consider your options: Plenty of pie purveyors have perfected the art of creating sweet comfort by the slice.  A good pie, after all, is like a hug. The better the pie, the bigger the embrace! I recently went looking for full-on-tackle hugs—the ultimate pies—and found them.

Pie has been around since the ancient Egyptians. The first pies were made by early Romans who may have learned about them through the Greeks. These pies were sometimes made in reeds which were used for the sole purpose of holding the filling and not for eating with the filling.

The Romans must have spread the word about pies around Europe as the Oxford English Dictionary notes that the word pie was a popular word in the 14th century. The first pie recipe was published by the Romans and was for a rye-crusted goat cheese and honey pie.

The early pies were predominately meat pies. Pyes (pies) originally appeared in England as early as the twelfth century. The crust of the pie was referred to as coffyn. There was more crust than filling. Often these pies were made using fowl and the legs were left to hang over the side of the dish and used as handles. Fruit pies or tarts (pasties) were probably first made in the 1500s. English tradition credits making the first cherry pie to Queen Elizabeth I.

Pie came to America with the first English settlers. The early colonists cooked their pies in long narrow pans calling them coffins like the crust in England. As in Roman times, the early American pie crusts often were not eaten but simply designed to hold the filling during baking. It was during the American Revolution that the term crust was used instead of coffyn.

Over the years, pie has evolved to become what it is today—the most traditional American dessert. Pie has become so much a part of American culture throughout the years that we now commonly use the term as American as apple pie.

National Pie Day by the numbers

How to celebrate National Pie Day

Eat some pie: Naturally, the best way to celebrate National Pie Day is to eat a slice of your favorite—or try a new and adventurous flavor

Bake a pie: Baking a pie can be as easy as, well, pie. Look up a recipe online, in a cookbook, or ask a family member to share a favorite recipe

Share a pie: If you make or buy a pie, share it; by its very nature, pie is meant to be eaten with others

Sample different slices of pie: When life gives you choices, you don’t have to only pick one

Share your favorite pie recipe with friends and family: Baking with others brings a whole new ingredient to your recipe.

Eat a whole pie by yourself: Sometimes you just need to indulge in the sweeter things in life but I recommend eating a pie in more than one sitting.

Host a pie night: Gather family and friends for a pie celebration—everyone must bring one homemade pie for the pie buffet (More than 100 folks with 100 pies?)

Enter a pie bake-off: Many organizations hold pie baking contests; if you’re feeling proud of your baking skills, try showing them off at your local bake-off

Host a pie-making contest: Invite the best pie-makers in town to compete for prizes in various categories; ask cooking teachers, pastry chefs, and pie lovers to be judges (Contact the American Pie Council and they will send you a sample pie judging sheet)

Eat more pie: You can always have another slice, preferably warm and a la mode.

The oldest known pie recipe was for a rye-crusted goat’s cheese and honey pie in ancient Rome about 2,000 years ago

No matter how you cut it, pies are a great reason to celebrate.

So preheat your oven or visit your local bakery, grab a slice, and celebrate the simple, delicious pleasures of good pie.

I ate another apple pie and ice cream; that’s practically all I ate all the way across the country, I knew it was nutritious and it was delicious, of course.

―Jack Kerouac, On the Road