In honor of National Public Lands Day on September 24, entrance to all National Park Service sites will be free 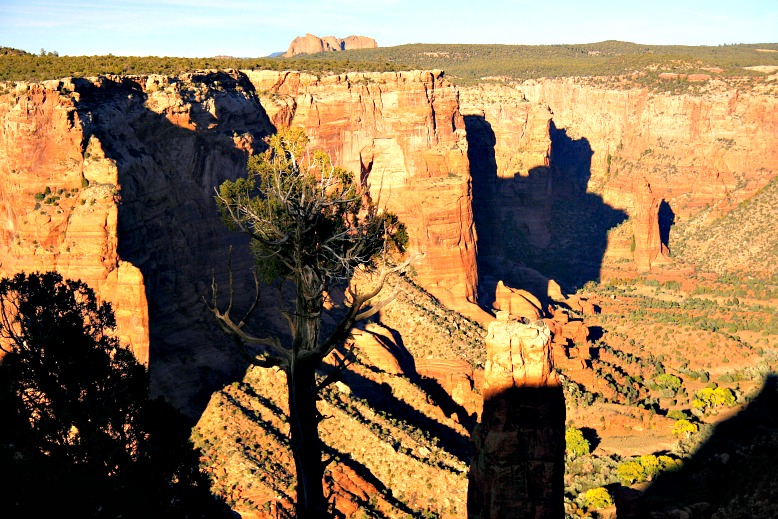 September 24 is one of five days in 2022 when the National Park Service (NPS) offers free admission to visitors—and comes just after the start of fall, a colorful season for a road trip. Schools are back in session, the summer tourism rush has waned, and fall colors are happening.

While many visitors will use the free day for recreation, National Public Lands Day is the country’s largest single day of volunteering for parks and public lands. There’s something to be said for planting a tree or doing invasive species removal or a cleanup around a river versus just going to enjoy the sites. It makes you a steward of that space.

And don’t forget: Places you can help out go beyond the 63 national parks. There are also federal public lands, national monuments, wildlife refuges, historic sites, seashores, and recreation areas you can visit without admission.

Instead of competing with the crowds at America’s most famous parks, visit lesser-known options. Here are 10 sites to visit across the country.

The New River is the United State’s newest national park but is one of the oldest waterways in the world and the primeval forest gorge it runs through is one of the most breathtaking in the Appalachians. The region is an adventure mecca with world-class white-water runs and challenging single-track trails. Rim and gorge hiking trails offer beautiful views.

Not only is it great for fall foliage but they also have a cool event every year called Bridge Day. Every third Saturday in October (October 15, 2022), Bridge Day brings thousands of spectators to watch BASE jumpers fling themselves off the New River Gorge Bridge. Don’t want to run into those crowds? Skip Bridge Day.

A comparatively little-known canyon, Canyon de Chelly (pronounced “de shay”) has sandstone walls rising to 1,000 feet, scenic overlooks, well-preserved Anasazi ruins, and an insight into the present-day life of the Navajo who still inhabit and cultivate the valley floor.

People have lived in the canyon for more than 5,000 years making it the longest continuously inhabited area on the Colorado Plateau. Ancient ruins are tucked along its cliffs, as are centuries-old pictographs.

The main attraction of this national park is the show cave—the Carlsbad Cavern (and the Big Room in particular). Unlike most caves around the nation, one does not need a guided tour to explore the cave—visitors can walk on their own through the natural entrance or take an elevator from the visitor center.

Visitors can choose between the steep paved trail making its way down into the cave or the elevator directly down to the Big Room Trail. The 1.25-mile long Natural Entrance Trail is steep (it gains or loses) around 750 feet in elevation. This is equivalent to walking up a 75-story building. It takes about an hour to complete. Once down in the caves, the Big Room Trail is leading to the popular Big Room.

Astonishing biodiversity exists in Congaree National Park, the largest intact expanse of old-growth bottomland hardwood forest remaining in the southeastern United States. Waters from the Congaree and Wateree Rivers sweep through the floodplain, carrying nutrients and sediments that nourish and rejuvenate this ecosystem and support the growth of national and state champion trees.

More than 700 years after its inhabitants disappeared, Mesa Verde retains an air of mystery. No one knows for sure why the Ancestral Puebloans left their elaborate cliff dwellings in the 1300s. What remains is a wonderland for adventurers of all sizes who can clamber up ladders to carved-out dwellings, see rock art, and delve into the mysteries of ancient America.

Pinnacles is named for the towering rock spires that rise abruptly out of the chaparral-covered hills east of Salinas Valley. Its famous formations are the eroded remnants of a long-extinct volcano that originated in present-day southern California before getting sheared in two and moving nearly 200 miles north along the San Andreas Fault.

Four of the five surviving Spanish colonial missions in and around San Antonio comprise the San Antonio Missions National Historical Park. The park and its missions offer visitors a look at the oldest unrestored stone church in the country—Mission Concepción; the “Queen of the Missions” known as Mission San José and the largest of the missions fully restored to its original design in the 1930s; the restored acequias (irrigation canals) of Mission San Juan; and Mission Espada, the first mission built in Texas. The city’s group of five Spanish colonial missions — of which San Antonio Missions National Historical Park is included—is a UNESCO World Heritage site.

Cumberland Island is Georgia’s southernmost island and a place where you can truly get away from the modern world. With no bridge to come to Cumberland Island travelers have to use a ferry or private boat to get to this beautiful place which is managed by the national park service. Although Georgia’s Atlantic coastline is only about 100 miles long, the Peach State is home to 30 percent of the barrier islands along the Atlantic Seaboard. And Cumberland is the largest and fairest of them all with the longest expanse of the pristine seashore—18 glorious miles of deserted sand. Truly, this is a bucket list destination.

Theodore Roosevelt National Park in North Dakota is a park for isolation. This is where the Badlands start cutting into the landscape carving sharp rock faces and hoodoos into the countryside. Both the north and south units offer great hiking, expansive vistas, easily accessible wilderness, abundant wildlife, and not many visitors. This is a wonderful park for hiking due to the elevation (or lack thereof) and abundance of trails.