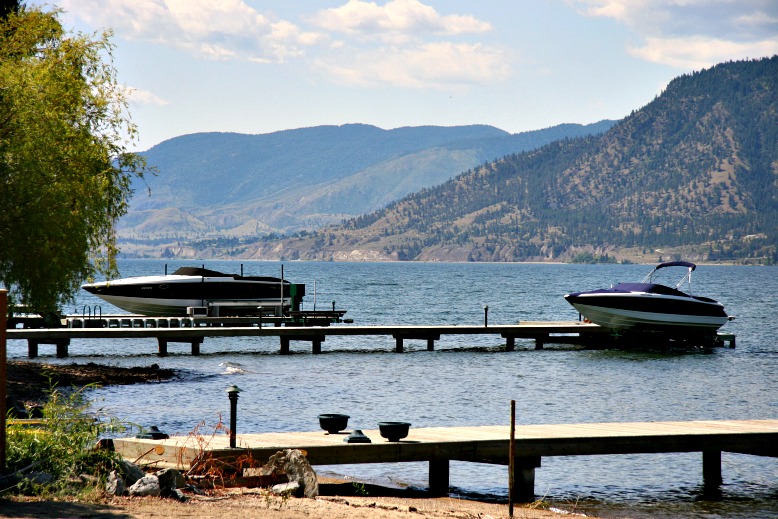 Throughout the course of history, there has been a sense of mystery when it comes to deep water and what could be living beneath the surface. Just as Lake Champlain has its legendary lake monster, Champ, and Loch Ness has woven a tale of Nessie, the legendary monster that supposedly swims beneath its dark waters, Canada, too, has a legend of its own.

In the Western Canadian province of British Columbia, near the very bottom of Canada, there is a series of lakes in a desert. The Okanagan is characterized by a dry, sunny climate and beautiful landscapes. The region receives about 12 inches of rain and two inches of snow annually and is the hottest and driest place in Canada. On the horizon are mountains of green foliage, aqua blue lakes, and, in the distance, rolling vineyards as far as the eye can see.

Before becoming a wine destination, the Okanagan was a family holiday spot, best known for its “beaches and peaches”—the lakes with their sandy shores, boating, and waterskiing as well as the countless fruit stands. The beaches and peaches—and cherries, apricots, apples, and pears—are still there, and the Okanagan still welcomes families. With its mild, dry climate, the region is also popular with golfers, hikers, and bikers.

Okanagan Lake is home to boating, swimming, and general summertime recreational fun. It’s a place for families and adults to gather and enjoy the warmest days of the year but as it turns out, many think they may not be alone in the water. Ogopogo, the sea serpent that’s believed to live in the waters of this scenic lake, may just be swimming around right beneath their feet. For many, this is enough of a reason to visit the area—but how likely is an Ogopogo sighting, really?

The Legend Of Ogopogo

The legend of Canada’s lake monster and sightings of it dates back to the 19th century. It’s believed that the serpent which is consistently estimated to be anywhere from 40 to 60 feet in length lives in Okanagan Lake, the largest of the five freshwater lakes that are interconnected by a river channel in the British Columbia interior.

While the legend of Ogopogo seems like it should be older, the lake itself is much older than the legend. These glacial lakes were formed some 10,000 years prior when the water from melted glaciers flooded the Okanagan Valley. The depth of the lake is 762 feet which, for some, means that the lake is far too expansive to know for sure what lives in it. For others, all of this depth is just further proof—who’s to say that something this extraordinary couldn’t be hiding beneath the surface?

One night in 1924, a song was sung in a local music hall about a strange creature. Not too many details of the song are known but the lyrics are cited as being:

Two years later, the song was published in the Vancouver Province. Since then, the elusive creature has gained the nickname Oggy, with potential names for its offspring being ‘Ogopups.’

Some have consulted history that dates much further back than the first settlers to the region to understand the mystery surrounding Ogopogo. The Secwepemc and the Sylix native tribes believed that the lake monster was an evil supernatural entity with great power. It was believed that the creature was destined to carry out an ill will and they referred to it as Naitaka.

The word “n’ha-a-itk” has various translations, such as “water-demon”, “water god”, or “sacred creature of the water”. In native lore, Naitaka demanded a live sacrifice for a safe crossing of the lake. For hundreds of years, First Nations would sacrifice small animals before entering the water.

Oral traditions often described visiting chief Timbasket who rejected the required sacrifice denying the existence of the demon. Upon entering the lake on a canoe with his family, Naitaka “whipped up the surface of the lake with his long tail” and the canoe and its occupants were sucked to the bottom of the lake. The Naitaka was often described as using its tail to create fierce storms to drown victims. In 1855, settler John MacDougal claimed that his horses were sucked down into the water and nearly his canoe before he cut the line.

It is reputed that the demonic view of Naitaka came about through miscommunication between Canada’s early European settlers and the Syilx/Okanagan people. To the Syilx, it’s n ̓x̌ax̌aitkʷ (n-ha-ha-it-koo), a sacred spirit of the lake that protects the valley. The spirit was said to dwell in caves under Rattlesnake Island (a.k.a. Monster Island) or adjacent to Squally Point.

During the 1980s, there was a reward of one million dollars offered for anyone who could obtain definitive proof of the monster. From that point on, the legend of Ogopogo became almost a part of daily life around Okanagan Lake. From sculptures that were made of the mythical creature to people claiming that they sighted him on an almost monthly basis, there was seemingly no escaping the legend. According to BBC, the lake monster was even declared an ‘endangered species’ by Greenpeace and was featured on an episode of Unsolved Mysteries.

The most recent and most compelling evidence for the existence of Ogopogo comes from a cell phone video taken back in 2019. A man by the name of Jim La Rocque captured footage of what appears to be several large humps rising out of the water and swimming away from where he and his children were enjoying the lake on a sunny day.

The movement in the water is unlike any other known creature and has a snake-like appearance that one might expect with lake monsters such as Champ or Loch Ness. While some scholars believe that the motion in the water is the result of varying temperatures in the lake, others swear that it’s Ogopogo—to this day, nothing as convincing has been spotted or caught on camera.