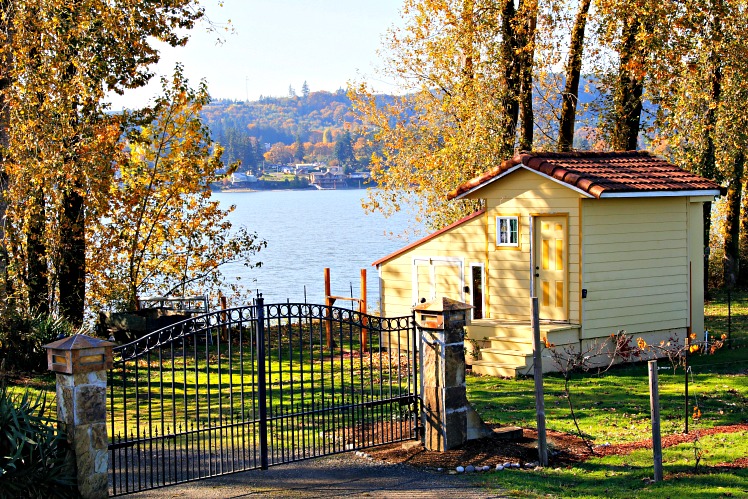 Don’t get me wrong—I love urban life. But sometimes a visit to a local park or neighborhood walk doesn’t quite satisfy your need for an escape to the open road. Time to hit the highway for that classic American tradition: the road trip.

Of course, you can’t drive in complete silence—well, you can, and we sometimes do, but the very thought may give you a flat tire—so here’s my list of the best road trip songs to get your motors running and kick your highway journey into high gear. Whether you’re off to a state or national park or an extended cross-country road trip, here are the 13 best sounds to keep your engines purring. Crank up classics from the Eagles, the U2, Ray Charles, the Man in Black, John Denver, and even some Willie (and there’s plenty more where that came from). So grab your keys, pack up the RV, and crank up the volume. It is road trip time!

“On the Road Again” by Willie Nelson

Nothing beats hitting the open road where you can escape the stress of work, bills, city life, and just be free, man. Just ask tireless road dog Willie Nelson. The Red Headed Stranger penned this 1980 country hit—the ultimate get-the-hell-out-of-town anthem—where else, but the back of his tour bus.

“I’ve Been Everywhere” by Johnny Cash

Music has always had the power to educate. Billy Joel’s “We Didn’t Start the Fire” taught us more 20th-century American history than a year’s worth of eighth-grade social-studies classes. And when it comes to geography, there is no better musical resource than this name-dropping country ditty, first released with North American locales in 1962 by Canadian crooner Hank Snow.

In four verses, 91 places are rattled off in rapid-fire succession—destinations both big (Chicago and Nashville) and small (Fond du Lac, Wisconsin, and Haverstraw, New York). The song has been covered many times and adapted for different regions of the globe, but we’re partial to the Man in Black’s 1996 rendition simply because his weathered, gravelly bass-baritone suggests a man who has indeed been everywhere.

“Where the Streets Have No Name” by U2

This opening track from U2’s landmark 1987 LP, The Joshua Tree, is an ideal kick starter for any road trip especially if you’re wandering about the California desert where this classic yucca plant is commonly found. From a whisper, the sound of an organ builds up like the start to a gospel hymn. It’s over a minute before the Edge’s guitar and Adam Clayton’s bass kicks in. More time passes before Bono’s vocals touch-down. By then, you’re ready to hit overdrive and wail along: “I want to run/I want to hide/I want to tear down the walls that hold me inside.” Though the song is about Bono’s vision of an Ireland free from class boundaries, it has inspired countless highway warriors to venture out to those places where the streets truly have no name. Or where they at least have weird names!

“Road to Nowhere” by Talking Heads

The gospel-choir intro to this upbeat single, off 1985’s Little Creatures, makes for a great start to any road-trip mix. The song celebrates the journey over the destination. Not every end point is a good one, but we’ll be damned if this march doesn’t have us enjoying the ride.

“Take It Easy” by the Eagles

The Eagles took flight in 1972 with their debut single: a quick but mellow song of praise to the romance of the road where a world of troubles can be shucked at the mere sight of a girl (my lord!) in a flatbed Ford. Cowritten by frontman Glenn Frey and his friend Jackson Browne, the song’s rejection of worry and release into a relaxed and happy adventure are perfect for relieving tension on a long drive. And as the lyrics gently urge: “Don’t let the sound of your own wheels drive you crazy.”

This R&B standard, written in 1946 by Bobby Troup, has been covered by everyone from Nat King Cole to the Rolling Stones to John Mayer, Jerry Lee Lewis, Bing Crosby, Asleep at the Wheel, and Depeche Mode. The song uses a twelve-bar blues arrangement and the lyrics follow the path of Route 66 which traversed the western two-thirds of the U.S. from Chicago, Illinois to Malibu, California. We’re partial to Chuck Berry’s 1961 rendition which matches the 2,400-mile pilgrimage on the connecting iconic highway to a T. Who better than the father of rock & roll to accompany a trip past greasy-spoon diners, tiny towns frozen in time and striking Americana landscapes?

Fiendishly simple with its descending piano chords, “Hit the Road Jack” is sung from the perspective of a philanderer being rejected by his lady. By all rights this 1961 R&B classic should win a prize for being impossible not to sing along to: “What you say???” screams soul hero Charles to his velvet-voiced Raelettes. The track’s most memorable use in a road trip appears in the 1989 comedy movie The Dream Team.

Because of college pigskin rivalries, this song could not be made today! College football is a matter of life and death down there. Skynyrd was born deep in SEC country: The boogie-rock brothers were from Jacksonville, not Alabama, and cut the track in Georgia. Could you imagine a bunch of Gators fans cutting a tune that could in any way be construed as “Roll Tide”? Yankees and rivals love to mock and loathe the Crimson Tide, but when this ditty plays, every human in the room, no matter the allegiance, becomes a temporary, gen-u-wine southern country folk.

Let us pause, and acknowledge the fact that this song has been recognized by the U.S. Library of Congress as a national treasure. Mmmm. Written and performed by Jerry Garcia, Phil Lesh, Bob Weir, and lyricist Robert Hunter, the catchy, bluesy tune—off 1970’s American Beauty—turns the band’s misfortunes on the road into a metaphor for getting through life’s constant changes. And really, what’s a good road trip—or a good life—if you can’t exclaim at the end, “What a long, strange trip it’s been”?

“Life Is a Highway” by Tom Cochrane

Okay. We know how heavy-handed these metaphors are and how forced the rhymes are. We never said every song on this list was a masterpiece. But we dare you not to sing along with the chorus of this 1991 tune—especially on a highway. Maybe no one ever listens to the song in its entirety, but one or two “life is a highway”s are pretty much mandatory.

“Everyday Is a Winding Road” by Sheryl Crow

The little sister to Tom Cochrane’s “Life Is a Highway,” Sheryl Crow’s 1996 hit unabashedly co-opts the use of automotive byways as metaphors for life’s ups and downs. The “wacky” characters in Crow’s songs are often a bit much for my liking—in this case, a vending-machine repairman with a daughter he calls “Easter” (what?)—but the chorus gets us fired up for some hairpin turns even when we’re cruising down a seemingly endless straightaway. The song takes us back to San Francisco’s Lombard Street whose residents probably have this tune swirling in their heads 24/7.

“King of the Road” by Roger Miller

The tale of the hobo, the migrant farm worker, and the dust bowl refugee are as pure 66 as the image of the Corvette and soda shop. This 1965 Roger Miller classic has got to be one of the most lighthearted hobo songs making it perfect driving or even wishing you were driving. Regardless, it’s a timeless everyman’s anthem and darn if it isn’t catchy.

John Denver’s signature song is the official state anthem for West Virginia. It has been played at every West Virginia University Football game since 1972 as their theme song. But did you know that the song was actually inspired by another state? Bill Danoff and his wife, Taffy Nivert, wrote the classic song with help from Denver. Nivert grew up in the Washington D.C. area and one day she and Danoff were driving down an old road in Montgomery County, Maryland called Clopper Roads. Danoff started singing about the winding roads they were driving down and it had a ring to it.

You’ve scheduled your next adventure and couldn’t be more excited. And then it hits you—what do I pack? 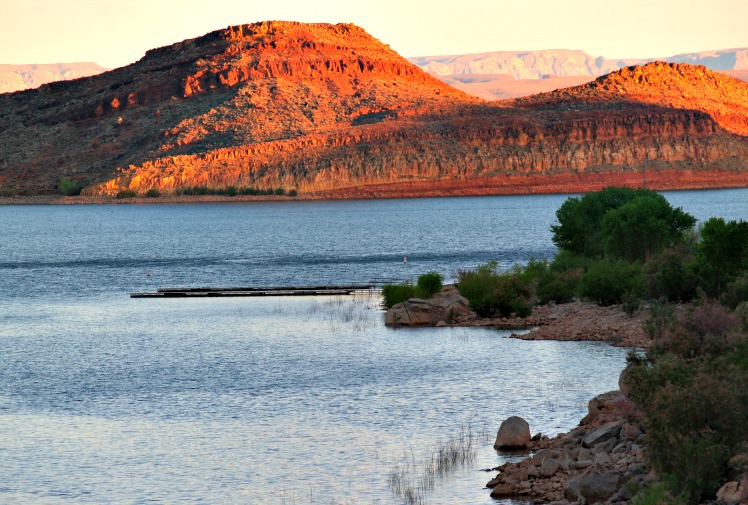 If you’re hitting the road for several weeks or months, it’s important to pack smart…or suffer the consequences. Prepping for a long trip is truly an art—one that you’ll need to learn if you want to avoid hauling around unnecessary items, or forgetting truly important belongings.

In this post, we’ll cover both what to pack, and how to pack for a long trip. Get ready. Now is the time to start preparing for your next road trip!

When packing for a long trip, it can be overwhelming to think about the different outfits you’ll need on your adventure. By following a few of these tips you’ll feel better about packing light and packing smart.

The key to packing light is to create a variety of outfits with the clothes you choose to bring. You’d be surprised at how many different combinations a few pairs of pants, several shirts, and a jacket can yield!

Try and stick to more neutral colors. That way, everything should match and you’ll cut down on the amount of clothes you’re hauling along.

The type of trip you’re taking will impact what type of clothing you bring. About a week before you leave, check the weather to see what type of temperatures you can expect. Packing layers is almost always a safe bet, especially if you plan on visiting a variety of climates or the Sunbelt during winter months.

Shoes Should Be Comfortable

We’re big believers in packing shoes that are comfortable.

When it comes to shoes, plan for the three W’s: walking, working, and weather. Walking shoes should be supportive, and could include anything from tennis shoes to hiking boots. Work shoes are a tad nicer, and could be worn for special occasions. And finally, weather refers to the type of climate you’ll be visiting—so think snow boots versus rain boots.

Step 2: Remember All Your Accessories

While you definitely don’t want to pack too many accessories, there’s no doubt that a few key items should make the packing list. Here are a few things you can’t forget.

Sunglasses Are a Must

When hitting the road in your RV, you’ll a good pair of sunglasses, regardless of whether you’re heading to the beaches or to the mountains. No one wants to stare into the sun for hours on end, not to mention that driving without sunglasses can be dangerous. Do yourself (and your eyes!) a favor and remember your shades.

Planning on hiking? Checking out some local shops? Grab your backpack—it will definitely come in handy!

When taking a long trip, you might not have every day planned to a tee. That is why backpacks are great—they can accommodate any last minute excursions. We recommend water resistant, so you can take it anywhere and everywhere.

Long trips mean a lot of time spent in your RV. And while conversation and the open road are great, it’s helpful to have some sort of entertainment for when things get a little slow.

To pass the time, make sure to pile a few books on your phone or e-reader, along with some podcasts. Audiobooks are great too, especially if you tend to get motion sick reading in a moving vehicle.

Last But Not Least, Know Where You’re Going

Okay, okay. You likely have a destination in mind. But if you’re heading out for months on end, you might want to bring along a few suggestions.

When preparing to travel, lay out all your clothes and all your money. Then take half the clothes and twice the money.