Fun for every age! 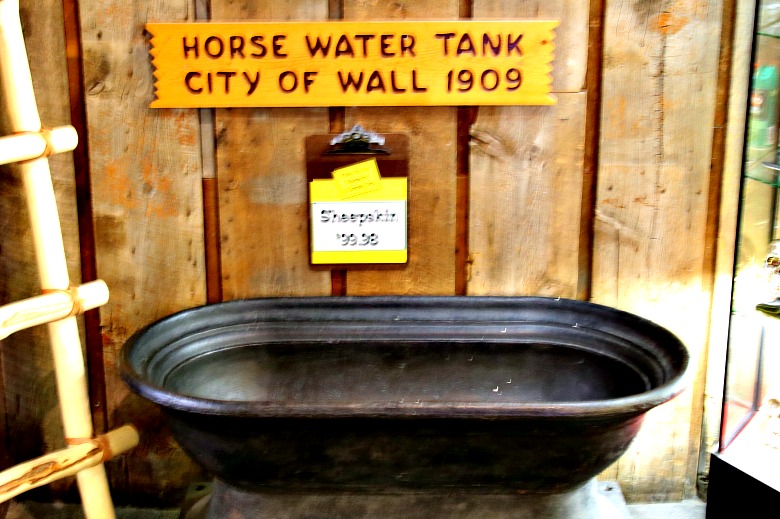 Instead of a road trip to visit all the US national parks or one that will take you to the best leaf-peeping spots in the country, why not get in the RV and see some of America’s coolest roadside attractions?

There are so many fun and quirky roadside attractions in the US—like Wall Drug in South Dakota or the Peachoid in South Carolina—that building an entire road trip around them is a breeze.

Summer is the perfect time for a road trip and America has no shortage of epic roadside attractions to keep travelers excited, even along some of the most mundane stretches of highway. We rounded up 10 of the most compelling landmarks across the country that should be locked into any traveler’s GPS.

INSIDER TIP: For the deepest dive, jump off the interstate and wander the local or back roads instead.

Remember the story of the Three Little Pigs, specifically the portly porker who made his house out of straw? Perhaps he’d have been better protected if he’d used a stronger material, maybe something along the lines of corn and grain. Or maybe he should have just hired the architectural crew that built the “World’s Only Corn Palace.”

The Mitchell Corn Palace, in Mitchell, South Dakota, is truly a spectacle. The massive building is comprised entirely of corn and local grains. This includes the structure, decorations, and even some impressive corn murals. The palace is so famous in the area that it plays host to a variety of events. You can even book and host your event.

Sleep in a Wigwam

Have you slept in a wigwam lately? In the arid Arizona desert, the Wigwam Village Motel in Holbrook still provides Route 66 aficionados the opportunity to “Sleep in a Wigwam!”

Related Article: Blow Your Mind at the Weirdest Roadside Attractions across America

Fifteen concrete and steel freestanding teepees are arranged in a semi-circle around the motel office.

Each teepee is 21 feet wide at the base and 28 feet high. The teepees are painted white with a red zigzag above the doorway. If you were to focus on the front door, ignoring the quirky architecture that drew you here in the first place, you might think you’re entering a Hobbit-hole. Vintage automobiles are permanently parked throughout the property, including a Studebaker.

Basically Everything in Roswell

Is it fair to call an entire town a roadside attraction? Probably not! But the sheer number of alien-related stuff populating the streets of Roswell makes it unavoidable. There are makeshift spaceships you can tour. Straight-up UFO “museums.” A fake-ass alien autopsy site. Gift shops galore. If there are actual aliens tucked away in Roswell, they pulled the ingenious move of hiding in plain sight, surrounded by every kind of gaudy, over-the-top kitsch as possible. Well played Martians.

You’re driving down US Highway 191 south of Moab, thinking vaguely of finding a place to pull over and stretch, maybe get some snacks, when you see, in the distance: a massive red rock face with blazing white detailing. You drive closer. “HOLE N” THE ROCK”. Is it … literally a hole in the rock? It is, kinda, yes.

Hole N” The Rock is a 5,000-square-foot home carved into the rock where you’ll also find a trading post, general store, art collection, and petting zoo—camels, zebras, albino raccoons. You are wondering whether you can feed them, yes you can.

The World’s Largest Pistachio was built in honor of PistachioLand’s founder, Thomas McGinn. After his passing in 2008, his son, Timothy McGinn erected the 30-foot sculpture in memory of his father. Tim wanted everyone who passed by PistachioLand to take note of what his dad created, a 111-acre pistachio orchard and vineyard started from bare desert land in 1980. From the first trees planted to today, PistachioLand now is home to over 12,000 pistachio trees and 14 acres of wine grapes.

A bronze plaque at the base of the nut states that, “Tom dreamed big, expected big, and accomplished big things. He would have said the monument is not big enough!”

Town Too Tough To Die

Live out all of your Wild West dreams in Tombstone, Arizona, the location of the infamous Gunfight at the O.K. Corral. Cowboys, cowgirls, and wannabes fill up the town’s saloons and the O.K. Corral museum puts on reenactments of Wyatt Earp’s 1881 shootout. The buildings are so well maintained and the townsfolk so authentic that at times it’s easy to think you’ve landed on a John Wayne movie set.

Wall Drug is the roadside attraction to end all roadside attractions rising out of the prehistoric landscape preceding the Badlands. It’s a city-sized paragon of Western kitsch, a necessary pit stop in the middle of capital-N Nowhere. An actual drug store where you can get a prescription filled and also see a gigantic animatronic dinosaur or cowboy band, peruse Native American art, eat an open-face turkey sandwich, play in a shooting gallery, or snap a photo with a jackalope.

You can’t miss it as you drive down I-85 in South Carolina. The Peachoid, as it’s called, is a massive peach-shape water tower. In Gaffney, the Peachoid is more than a water tower. According to official literature, the Peachoid boldly “sets the record straight about which state is the biggest peach producer in the South. Contrary to popular belief, it is NOT Georgia.”

Without a doubt, the best known, most photographed water tank in America. It is painted to match the kind of peaches grown in the area using 20 colors and 50 gallons of paint.

There’s a really big roadrunner in Texas. His name is Paisano Pete and he wants to welcome you to the town of Fort Stockton (he is their mascot, after all). An off-beat roadside attraction, Paisano Pete has been a fixture in this West Texas town since 1979.

Paisano Pete was for many years the World’s Largest Roadrunner. In 1993, Pete lost his world’s largest title to an enormous statue in Las Cruces, New Mexico, but this hasn’t dimmed his appeal nor stopped him from becoming Fort Stockton’s most photographed resident. And at 22 feet long and 11 feet tall, he’s still pretty big.

Mundare, Alberta, is known for its Ukrainian Home-Made Style Sausage produced by Stawnichy’s Meat Processing, a sausage factory famous for its kobasa.. It is also the home of the world’s largest sausage replica (42 feet high and 6 tons) built by the Stawnichy family.

Started in 1959, the Stawnichy family, father and son, started smoking meat. Edward took over from his father in 1971 and now his daughter, Cheryl Zeleny, mixes all the spices. This immense Ukrainian sausage is the tallest piece of meat anywhere in the world.

Read Next: Life Is a Highway: Taking the Great American Road Trip