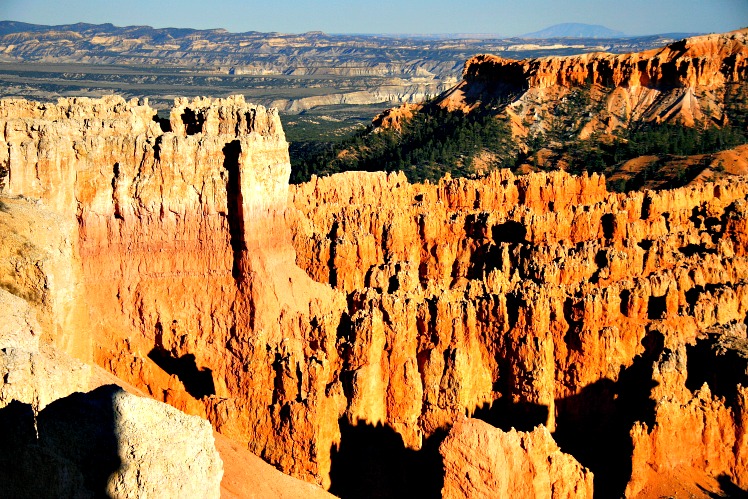 But it is that original collection of wonders, now referred to as the Seven Wonders of the Ancient World—the Great Pyramids of Giza (the only one that still exists), the Hanging Gardens of Babylon, the Statue of Zeus, the Temple of Artemis (at Ephesus near the modern town of Selçuk in present-day Turkey), the Mausoleum of Halicarnassus (in present-day Turkey), the Colossus of Rhodes, and the Lighthouse of Alexandra—that sparks the imagination, stirs the soul, and stokes the curiosity. These are the finest creations of the ancient world and at the very least inspire wonder in their sheer archaeological greatness.

That much can be said of any wonder, whether natural or manmade, and then add into the mix the almost obsessive need for the world to categorize and break down everything into parts. That’s how these types of lists came to be in the first place. Often for reasons to promote tourism, numerous countries have tallied their own wonders as have almost all the United States.

One of the world’s great natural wonders, the Grand Canyon is a true marvel of nature. John Wesley Powell said it best, “The wonders of the Grand Canyon cannot be adequately represented in symbols of speech, nor by speech itself.” A powerful and inspiring landscape, Grand Canyon overwhelms our senses through its immense size.

A deep gorge carved by the Colorado River about seventeen million years ago, the Grand Canyon stretches for more than 250 miles and is up to 18 miles in width and more than a mile deep in some areas. Just about everywhere you look the views are amazing and the sheer size of it can be overwhelming. One look over the edge and it’s easy to see why it’s considered one of the Seven Wonders of the Natural World.

The horseshoe-shaped, russet rock hoodoo formations of Bryce Canyon National Park are a true sight to behold. This is one of the world’s highest concentrations of hoodoos and their colors alternate between shades of purple, red, orange, and white.

The Sunset, Sunrise, Inspiration and Bryce viewpoints are the spots to hit for the best views in the shortest amount of time. There are several easy trails located near the rim of Bryce Canyon to hike as well as ranger programs that take you on guided hikes through the park.

The Okefenokee, whose name means “Land of the Trembling Earth” in the Creek language, is now part national wildlife refuge, part privately-owned park (Okefenokee Swamp Park) that is widely known for harboring an incredible cache of biological and ecological wonders. The swamp’s dark, coffee-colored tannic water is the base for a living jumble of pine, cypress, swamp, palmetto, peat bog, marsh, island, and sand ridge.

A hodgepodge of animal and bird life, among the hundreds of species are black bear, alligators galore, snakes galore, deer, anhinga, osprey, and sandhill crane call the swamp home.

Arches contains the world’s largest concentration of, yes, sandstone arches. There are more than 2,000, all of which took millions of years to form via erosion. And the arches are just one of an infinite number of absolutely jaw-dropping formations within the 120-square-mile park—Devil’s Garden, Balanced Rock, Fiery Furnace, Landscape Rock, The Windows, it goes on.

Arches is one of the most distinctive, alien-looking landscapes in America, and you should take advantage of the hiking trails like Devil’s Garden to really get the full experience.

Driving through the Black Hills takes you through some of the most rugged, distinctive, and beautiful land in America. It’s hard to stick to the main road in this rugged land of canyons, cliffs, and caves.

The Black Hills are home to some of the most majestic scenery you can imagine from the winding Spearfish Canyon to the mountain lakes that surround Mount Rushmore—rivers, mountains, caves, and more make it ideal for hikers and climbers and everybody in between.

The Chihuahuan Desert, studded with spiky plants and lizards, offers little hint that what Will Rogers called the “Grand Canyon with a roof on it” waits underground. Yet, at this desert’s northern reaches lies one of the deepest, largest, and most ornate caverns ever found.

Hidden beneath the surface are more than 119 limestone caves that are outstanding in the profusion, diversity, and beauty of their formations. Most of the formations—or speleothems—found inside Carlsbad Cavern today were active and growing during the last ice age when instead of a desert above the cave, there were pine forests.

We carry within us the wonders we seek without us.