Things you should never set off in your RV without 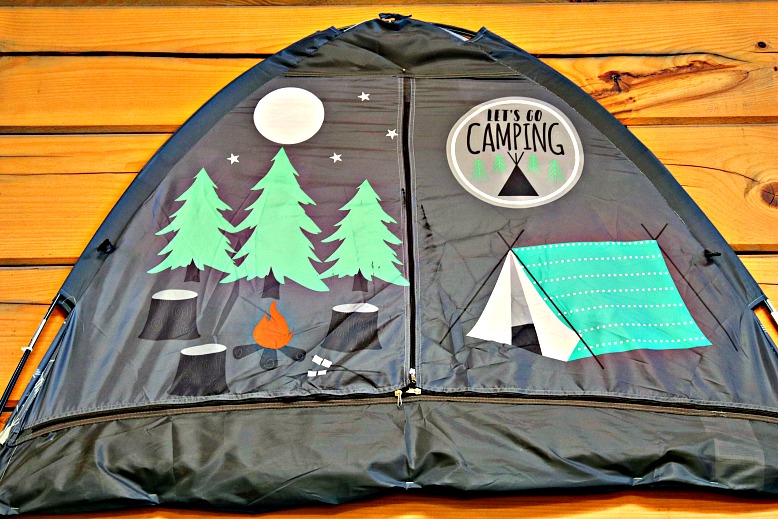 Every RV traveler has their go-to gadgets and comforts. These are the nine items that should always go with you when you travel.

You can buy a first aid kit at your local pharmacy before setting off or you can make your own if your family has special medical needs that are not accommodated by the store-bought ones. Be sure to pack ample allergy medications in case you find that the local plant life triggers your allergies wherever you go.

These are the things your systems need like oil, coolant, windshield washer fluid, and spare batteries. Think outside of the RV as well such as road flares in case you break down, raincoats, rags, and anything else you may need to get back on the road again.

In reality, if you have a smartphone you probably have a camera capable of capturing amazing memories wherever you go. In fact, I agree with professional photographer Chase Jarvis, who says that “the best camera is the one you have with you.”

Sometimes the best gadget is low-tech and simple. Always travel with a notebook and pen. Actually, for a guy who writes an RV blog my brain thinks surprisingly in analog, and pen on paper helps me organize my thoughts. And the best part is notebooks never run out of batteries.

Pack a well-stocked tool kit and store on the curb side of your RV. Include basic tools and items that may need to be replaced including LCD flashlights, spare fuses, LCD lights, jumper cables, nuts and bolts, WD-40, silicon spray, duct and gorilla tape, and cleaning supplies. Be sure to bring spare parts that are unique to your rig.

Some things you definitely don’t want to skimp on and your sewer hose is one of them. No one wants to be dealing with a ruptured sewer hose while on vacation. Invest in a high-end hose—your peace of mind and nasal passages will thank you.

Sunglasses Are a Must

When hitting the road in your RV, you’ll a good pair of sunglasses regardless of whether you’re heading to the beaches or to the mountains. No one wants to stare into the sun for hours on end not to mention that driving without sunglasses can be dangerous. Do yourself (and your eyes!) a favor and remember your shades.

Last But Not Least, Know where you’re going

Okay, okay. You likely have a destination in mind. But if you’re heading out for months on end, you might want to bring along a few suggestions.

When preparing to travel, lay out all your clothes and all your money. Then take half the clothes and twice the money. 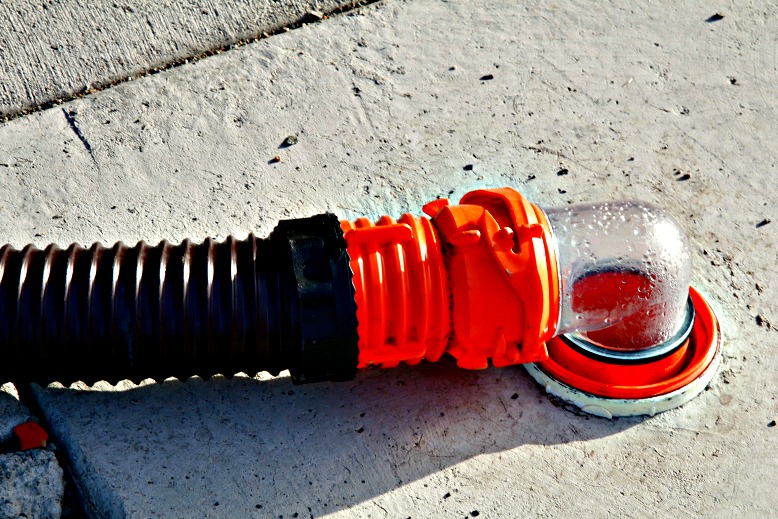 Maintaining and emptying your septic system on a regular basis is an unglamorous—but necessary—part of any RV adventure. And without proper maintenance and care of this system, things can get pretty ugly.

When the final epistle is written on the trials and tribulations of the RV Lifestyle—the Weekend Warriors, Snowbirds, and Full Timers—the subject of many conversations will focus on the woes of sewer tanks. Learning how to dump them is your first lesson and how to keep them from smelling is the second.

After graduating from your own personal version of RV Sewer Tanks 101, you may also require schooling in the finer details of how to unclog them, when you treat them badly.

It usually isn’t that big of a deal when you notice the sewer tanks filling up, especially when you personally don’t have to dump the tanks—its hubby’s job, yippee, you say! And it wouldn’t have been a big deal that day, since as usual we were camping in a park with full hook-ups, which mean an onsite sewer connection.

So on a typical day, when the tanks fills up, I—as in hubby, that’s me—just goes outside and dump the tanks, first the gray water, then the black as in sewer. That worked well for over 20 years.

That day, of course, life wasn’t so simple. As the lights on the tank monitor turned from green to amber then quickly to red, I knew that there was a problem.

At that moment I wasn’t aware that I had inadvertently left the black water valve open less than 12 hours earlier.

On that occasion I had dumped the black tank, closed the valve, and drained the gray as usual. After closing the gray water tank I attached a water hose to the black tank flush, opened the black and turned on the water. Flush complete, water turned off, and hose stowed.

I recall a conversation with an RVer who related a story about her husband who had a great idea. An idea so wonderful she said that he actually called it brilliant. An idea that he requested a pat on the back for. An idea he was sure you could only get from a real RVer, someone who knew what they were doing.

Never mind that this particular genius of an idea went against what all the manufacturers recommended and what all the experts advised. This had come from a fellow RVer, a man who lived in his camper. A man he met for literally two minutes while camping in some off-beat location in the mountains of east Kentucky.

You guessed it folks—he left the tanks open. And, not just the grey tank but both of them! And now the black tank monitor indicated full while it was almost empty!

She could see from the expression on his face and the glazed look of his eyes, he was about to start tinkering and she knew right then, this would be her entertainment for the next hour or two.

After jolting out the door, she could hear him fumbling around in the storage bins looking for tools and who knows what else. She heard the water turn on and what sounded like a tote being filled. He was filling two five-gallon water tanks at the spigot.

She knew this was probably a big deal, but couldn’t help but relish in the fact that she had been right and that this was totally his fault.

Over the next hour, he ran in and out of the camper tugging the heavy water tanks back and forth from bathroom to spigot. He checked the tanks then continued with his plan. She could hear him fiddling with the valve outside, cursing up a storm, while trying not to attract attention from the neighbors.

Don’t be pushed by your problems. Be led by your dreams. 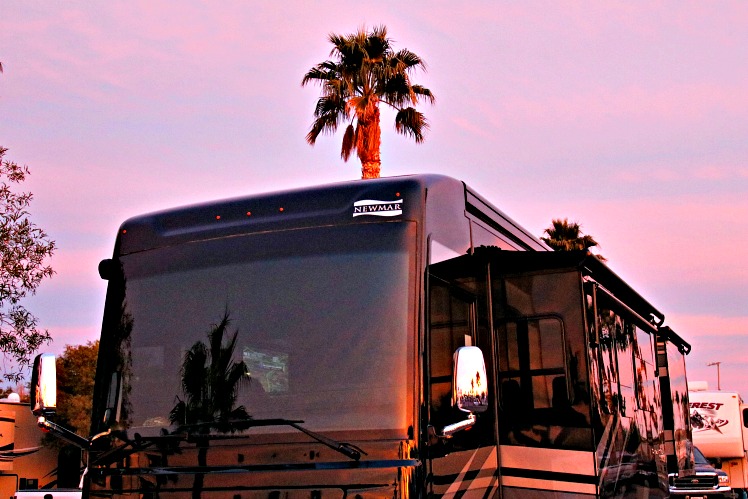 Your recreational vehicle is a vacation home wherever you want it, whenever you want it. It is freedom and security in equal measure. It’s Lewis and Clark on turbo-charge.

Whether you just bought your first RV or you have owned one for a while, nothing beats the ease and freedom of walking into your unit and hitting the open road.

Before setting out on your next adventure, consider the following five tips to raise your RV IQ.

Travel with Propane Off

This is a common topic discussed around the campfire, and it is a bit controversial. The best I can do is to offer my personal opinion. It really is safer to drive with the propane supply turned off at the tank.

I believe that having the propane on while traveling increases the risk of a fire if you are involved in an accident. If a gas line is damaged or broken, and the propane tank supply valves are open, there will be a release of potentially explosive propane gas. That’s a bad thing. For this reason, I choose to run with the main tank valve off.

Now, many folks will say: Hey, I’ve been running with the propane on for XX years, and nothing bad has ever happened to me. That may be true, but having the tank valves open increases your risk—it just does.

Many RVers want the propane on in order to run their fridges while traveling. Most folks find that, for the average trip, the refrigerator will maintain a low enough internal temperature to keep your food fresh. It is also possible to freeze some blue ice packs the night before and use them in the refrigerator compartment to help keep everything cold while traveling.

If you use an extension cord to plug in your RV to the shoreline power, it’s essential that you utilize the right one. We’ve seen it happen far too many times: an RV owner uses a standard orange extension cord with a 15 amp rating to run their 30 amp power center. This is asking for trouble as the excessive power draw can overheat the cord and connection which can melt the cord and possibly cause a fire.

Give Me Forty Acres

When I’m hooked up to drive down the road, my setup is 58 feet long. That’s 38 feet of rig, almost 15 feet of Chevrolet Equinox, and a few feet of tow bar.

As most of you know, when towing a car with an RV, you should not back up. Some tow systems allow it for very short distances, but most advise never to do it; depending on the manufacturer, you will void your warranty.

It’s not an equipment or skills issue; it’s a physics issue. If you have experience backing trailers, you know that trailers move opposite to the rear of your tow vehicle; you can end up in a jackknife situation very quickly when in reverse. But, here’s the critical difference between a trailer and a toad: a toad has a steering wheel, and the toad’s tires can turn in all directions! You simply cannot back a toad the same way as a trailer. It will end up turning “Every Which Way But Loose,” as Eddie Rabbitt sang for that Clint Eastwood movie.

Since you can’t back up, it’s important to know your turn radius.You may wish to practice doing circles in a parking lot.

No one really wants to see what is going on inside the sewer hose. They make those things brown or black for a reason. But the truth is that by installing a clear elbow at the end you can prevent a lot of potential problems down the road. Seeing what is going on in your hose allows you to check for undissolved toilet paper (in which case you might want to switch brands), to know ahead of time if a clog is about to happen, and to have visual confirmation that the tank is done emptying. Also, when you’re performing a black water flush you can easily see the color of the water, and when it runs clear be confident that the tank is clean.

Always be aware of emergency responders, including tow providers, when they are on the side of road assisting motorists.  More than 150 U.S. law enforcement officers have been killed since 1999 after being struck by vehicles along America’s highways. Each year tow company drivers are also struck and killed on the side of the road. Let’s do our part and be sure to change lanes. And remember, it is the law.

Remember, safety is no accident.