This annual celebration recognizes a treat that satisfies munchies, day or night 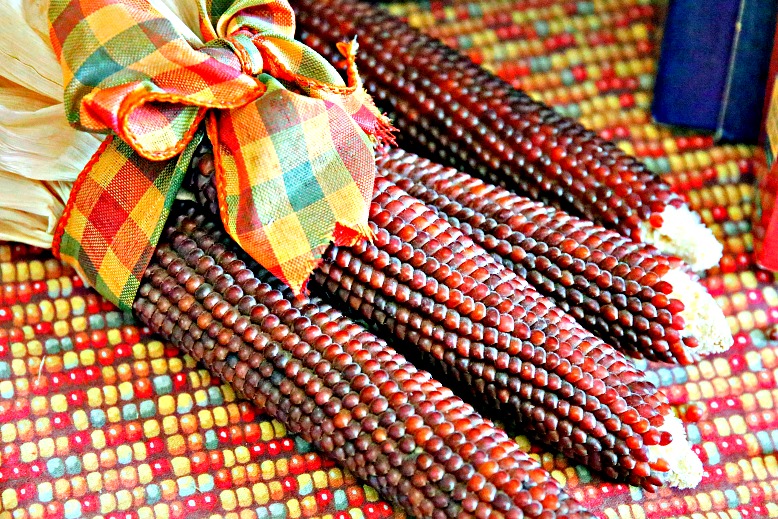 Buttered, salted, kettled, and drizzled with caramel, popcorn is one of those snacks perfect anytime, anywhere. It’s great on the go, in the theater, or your living room! Just be prepared to dig some of it out of your teeth.

Did you know that the corn we eat and the corn we pop are two different varieties of maize? The corn you’d find on your dinner table is most likely unable to pop at all. Only one variety of corn can become popcorn: Zea mays everta. This particular corn variety has small ears and the kernels burst when exposed to dry heat.

In 1948, small heads of Zea mays everta were discovered by Herbert Dick and Earle Smith in the Bat Cave of west-central New Mexico. Ranging from smaller than a penny to about two inches, the oldest Bat Cave ears were about 4,000 years old. Several individually popped kernels were also discovered which have since been carbon-dated and shown to be approximately 5,600 years old. There’s also evidence of early use of popcorn in Peru, Mexico, and Guatemala as well as other places in Central and South America.

Aztecs used popcorn to decorate their clothes, create ceremonial embellishments, and also for nourishment. Native Americans have also been found to consume and utilize popcorn in their day-to-day lives. In a cave in Utah thought to be inhabited by Pueblo Native Americans, popcorn has been found that dates back to over 1,000 years ago. French explorers who traveled to the new world discovered the Iroquois Natives in the Great Lakes region making popcorn. As colonists moved around North America and as the US came to be many people adopted popcorn as a popular and healthy snack.

The word corn in Old English meant grain or, more specifically, the most prominent grain grown in a region. When Native Americans introduce their most common grain, maize, to early Europeans, they aptly applied the word corn.

As early as the 16th century, the Aztecs used popcorn in headdresses worn during ceremonies honoring Tlaloc, their god of maize and fertility. Early Spanish explorers were fascinated by the corn that burst into what looked like a white flower.

Popcorn started becoming popular in the United States in the middle 1800s. It wasn’t until Charles Cretors, a candy-store owner, developed a machine for popping corn with steam that the tasty treat became more abundantly poppable. By 1900 he had horse-drawn popcorn wagons going through the streets of Chicago.

At about the same time, Louise Ruckheim added peanuts and molasses to popcorn to bring Cracker Jack to the world. Then in 1908, the national anthem of baseball was born. Jack Norworth and Albert Von Tilzer wrote Take Me out to the Ballgame. From that point onward, popcorn, specifically Cracker Jack, became forever married to the game.

Another romance connected to popcorn may have had a slow start but eventually took off. Today, who can imagine going to the movies without getting a box of buttered popcorn? While popcorn was an economical choice for snack food the expense of installing a machine and adequately venting the building didn’t seem worth the effort. If it weren’t for Glen W. Dickson, we would be purchasing our popcorn from a vendor on the street before taking in the show. Dickson put in the effort and expense of placing machines inside his theaters. After realizing how quickly he recouped his costs other theater owners followed suit.

The microwave oven spurred the next big advancement for popcorn. With the invention of the microwave, a whole new market opened for snack food. Magnetrons, a technology produced by Raytheon Manufacturing Corporation for the military during World War II were later used to develop microwave ovens. Percy Spencer was the man who made it happen. He used popcorn in his initial experiments during the microwave’s development.

Today, Americans consume 17 billion quarts of popcorn a year, more than any other country in the world. A majority of the popcorn produced in the world is grown in the United States. Nebraska leads the Corn Belt in popcorn production.

Popcorn by the numbers

How to celebrate National Popcorn Day

Celebrating National Popcorn Day is as simple and delicious as it comes! You can start by enjoying a bag of popcorn with your favorite toppings. Pop your favorite popcorn and share a bowl with a friend.

Ways to enjoy popcorn: You can have it with a classic mix of butter and salt or get creative and add your favorite spices and herbs to it! There isn’t anything that doesn’t go wonderfully with it. For a light heart-healthy addition you can skip the butter and shake it down with herbs like rosemary and thyme or spice it up with cayenne. Or you can forgo the healthy options and bury it under a delicious coating of caramel and bacon and enjoy the decadence.

Go global with popcorn: First made readily available in America in the early 1800s, this delightful treat has grown in popularity so that it is now a delicacy found the world over. And different places seem to enjoy their popcorn in different ways:

Crafting with popcorn: You can also celebrate popcorn by doing crafts with it. Popcorn strings are a wonderful decoration use them to make garlands or even glue them to construction paper for a collage. String or glue popcorn onto a metal or styrofoam to make a festive popcorn wreath to welcome friends into your National Popcorn Day party. And don’t forget the paint and glitter to glitz it up even more. Popcorn can even be used as a filling for glass Christmas ornaments to make cute decorations that give a little nod to the day.

Plan a movie marathon: Three weeks into January? Chances are you just want to hide and eat comfort food—but, your resolutions. There’s a win-win! Tee up your favorite Star Wars Trilogy and pop a big bowl of popcorn. You can enjoy the wisdom of Yoda and keep to your diet. (A little olive oil and salt with the carby goodness of the popcorn may just hit the spot!)

On our first visit to Amish Country in northwestern Indiana, we discovered Yoder Popcorn near Shipshewana. It has been a mandatory stop on each return visit.

In 1936, Rufus Yoder started growing popcorn on his family farm. In the Amish custom, he shared his excess crop with his neighbors and friends. They told their friends and neighbors about the excellent quality of Yoder Popcorn and soon a business was born.

After Rufus retired, his children Larry and Pauline continued to market Yoder Popcorn.

In 1999, Yoder Popcorn was purchased by Rufus’ great niece, Sharon, along with her husband Richard and their youngest son, Russell, and his wife Allyse. Besides operating the Popcorn Shoppe, they farm 1,700 acres which include the acreage around the Shoppe.

A large variety of popcorn and related products are available at their store and on-line purchase:

Have you ever pondered the miracle of popcorn? It starts out as a tiny, little, compact kernel with magic trapped inside that when agitated, bursts to create something marvelously desirable. It’s sort of like those tiny, little thoughts trapped inside an author’s head that―in an excited explosion of words―suddenly become a captivating fairy tale!